PHOENIX - Phoenix Police arrested a man after he broke into two homes and attempted to sexually abuse a woman.

Police say Monday morning around 4:30 a.m. a 32-year-old man went into a home that had an unlocked front door near 28th Street and Osborn. The suspect has been identified by Phoenix Police officials as Francisco Meza-Beltran. He is held on charges of sexual abuse, kidnapping, assault, burglary, and trespassing.

Before the incident involving the woman, police officials said Meza-Beltran entered another home nearby through the unlocked back door. The 52-year-old homeowner confronted the man with a handgun, and he again ran out.

"My brain went through that whole thing," said Gage Underhill. "Is it my daughter staring at me? Did my roommate come home early? And I figured out, 'no. This is a bad guy.'"

Underhill, who spent 26 years in military law enforcement, wasted no time pulling his gun out of his nightstand.

"I lit him up and said, 'you need to get the blank out of the house,'" said Underhill. "So that's when he was staring down." 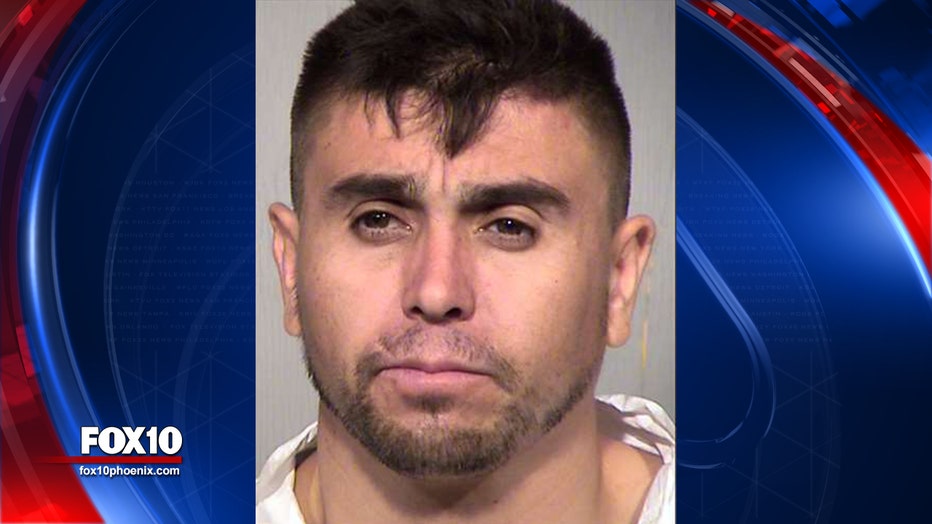 The suspect then ran from the house, while Underhill checked on the rest of his family. Police officials said the suspect ran to a neighbor's house, where he made it inside a woman's bedroom, laying on top of her and attempted to sexually assault her before she was able to call for help. Police were able to arrest the suspect a shorty time later down the road. Police officials have yet to identify the suspect, as of Monday afternoon.

Meanwhile, Underhill said the whole ordeal was like a blur.

"It was a very scary moment," said Underhill. "I've never had to shoot someone in my life, and I thought I was going to have to this morning."

Underhill said he is glad no one got hurt, but he also wished he was able to detain the man before he made it to his neighbor's home.

"I know I put the fear of God in him," said Underhill. "So he's caught. So another bad guy off the streets."

The investigation is ongoing. Phoenix Police officials also said this incident serves as a scary reminder for people to always keep their doors and windows locked.