19-year-old Carlos Orellano is behind bars after allegedly kidnapping a baby and driving all the way from Scottsdale to Flagstaff before his arrest.

FLAGSTAFF, Ariz. - Police say a man who kidnapped an infant from Scottsdale and fled to Flagstaff was arrested.

Flagstaff Police say they were notified by police in Scottsdale that 19-year-old Carlos Umberto Guardado Orellano had kidnapped the baby and that the child was in danger.

"Scottsdale P.D. advised that the suspect would flee with the infant in his vehicle if he saw police," Flagstaff Police said.

At 11:45 p.m on Aug 24., Orellano was spotted in the parking lot of a Walmart in Flagstaff near Fourth Street and Huntington Drive.

"They had observed, while the victim video chatted with the suspect, that he had driven from Scottsdale to Flagstaff with the infant on his lap," police said.

Orellano also allegedly told the victim not to come near him, or he would hurt the child.

Police confronted Orellano in the parking lot and took him into custody.

The infant was not hurt and was turned over to the victim.

Orellano was transported back to Scottsdale. He is accused of kidnapping, endangerment, and custodial interference. 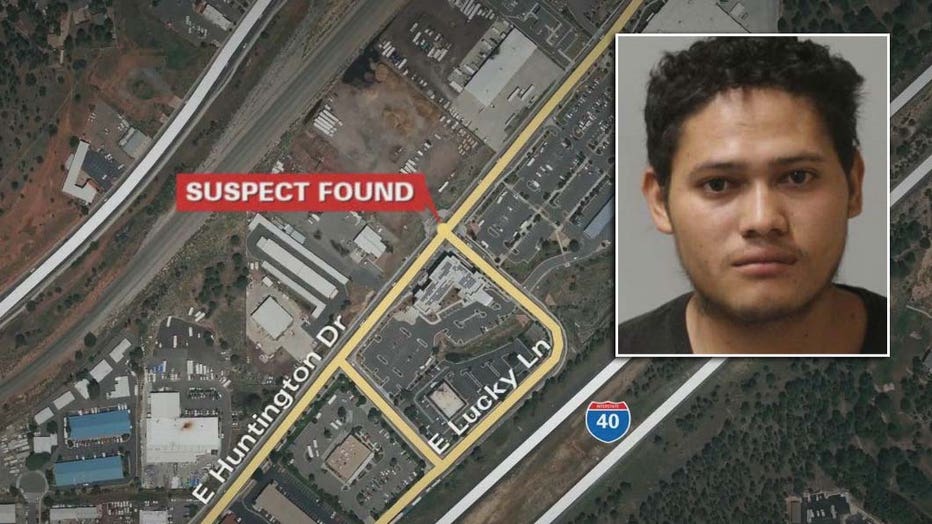 Carlos Orellano has arrested in Flagstaff on Thursday.