PHOENIX - A man has been accused of killing his father and critically injuring a woman in a shooting near 35th Avenue and Thomas Road back in December.

According to Phoenix Police, the shooting happened at about 10:20 p.m. on Dec. 28. Officers arrived to an apartment complex and found a woman outside who had been "shot multiple times on her lower extremities."

Inside a nearby apartment unit was Leandro Gonzales, who had also been shot multiple times. He died at the scene.

The woman was taken to the hospital in critical condition, but survived. She claimed they were shot by Leandro's son, who she knew as Gordo.

She told investigators that she had Gordo's cell phone number in her phone under the contact name Manuel. A subsequent database search from police revealed his identity as Manuel Angel Ybarra.

The woman identified Ybarra as the man who shot her and Gonzales.

Through an anonymous tip, police took Ybarra into custody at an apartment near 43rd Avenue and Glendale.

"[Ybarra] maintained that he was not there and didn't shoot anyone," court documents said. "Manuel only said that he was sad for his dad and that he didn't do it." 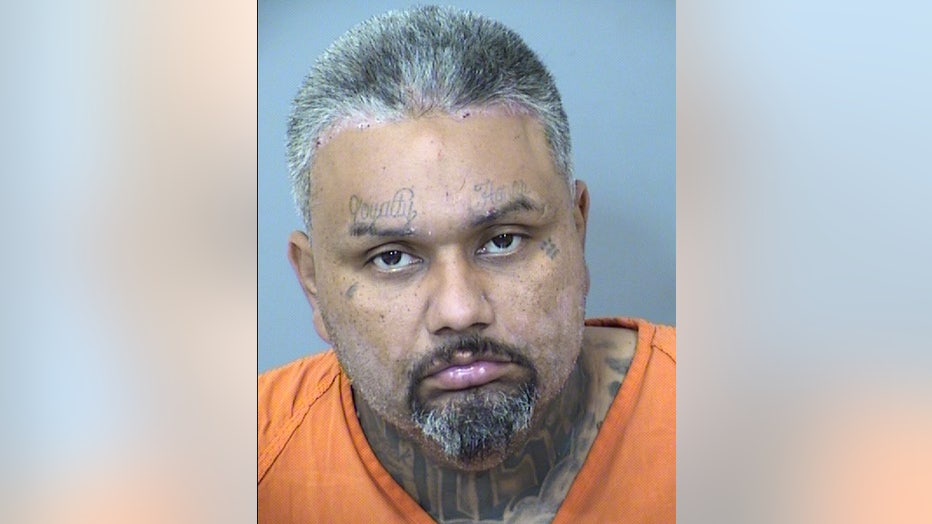