The suspect, identified by police as 20-year-old Adam Gomez, was previously described as a person of interest in the shooting that killed 30-year-old Jose Gutierrez on April 27.

MESA, Ariz. - Mesa Police officials say they have made an arrest in connection with a shooting that killed a 30-year-old man in Mesa.

The shooting happened on April 27, and the victim was identified as Jose Gutierrez.

Gutierrez, according to police at the time, was pronounced dead at the scene.

According to police, officers responded to reports of a shooting at a Circle K near Gilbert and McKellips Roads at around 3:30 a.m. on April 27. Once at the scene, officers found Gutierrez, who had been shot while in the driver's seat of a Ford F-150 pickup truck.

"Preliminary investigation revealed that Gutierrez and the suspect were involved in some type of altercation inside the truck, resulting in the shooting," police said in a news release. "The suspect then fled the scene before police arrival."

Suspect previously identified as a person of interest

"As the investigation continued, it was learned that Gutierrez, Gomez, and a female all arrived at the gas station in the truck," read a portion of a statement released by Mesa Police on the night of May 13. "As the female stepped out of the vehicle, Gutierrez and Gomez got into an altercation inside the truck resulting in the shooting. Gomez exited the truck where he walked over to another vehicle in the parking lot, pointed a gun at the owner, and stole his vehicle. Gomez left the scene in the stolen car."

Investigators say Gomez was taken into custody without incident in an area west of Main Street and Country Club Drive.

Gomez, according to court documents released by Mesa Police, has a criminal history that includes previous convictions for assault, aggravated assault on corrections officers, criminal trespassing, and false reporting. 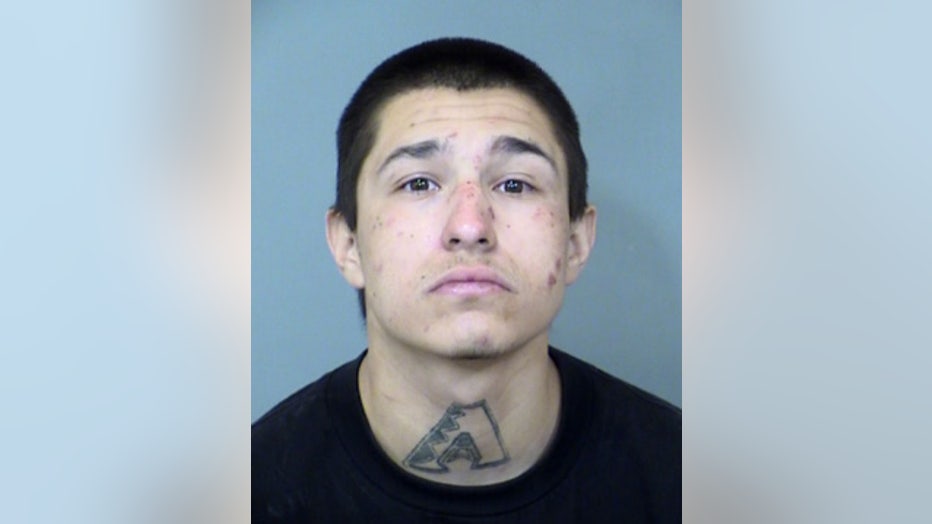 Investigators are still looking for the person responsible for shooting and killing a 30-year-old man in the East Valley. FOX 10's Linda Williams reports.