GLENDALE, Ariz. - A man who shot three people after opening fire at Westgate Entertainment District in May 2020 has been sentenced to 44 years in prison on July 8.

He will also be under supervised probation for an additional seven years after his release. Hernandez is barred from owning a weapon and can never return to Westgate.

The judge also told him that he owed the victims restitution, but did not specify a dollar amount.

A grand jury had indicted him on 39 criminal charges: two counts of attempted first-degree murder, 10 counts of aggravated assault, 15 counts of disorderly conduct, four counts of endangerment, two counts of firing a gun at a structure, five counts of criminal damage and one count of unlawful firing of a weapon.

Most of those charges were dismissed as part of the plea deal.

Hernandez faced a sentence ranging from 14 to 49 years behind bars.

During the sentencing, victims' family members took aim at Hernandez – with words.

"Everybody was taking pictures and videos of my little girl. No one was helping her. She was crying and nobody was there to help her," said Kathy Bain, a victim's mother. "Everything this man did not only he did to her but he did to the whole family. Everyone who loved Destiny Alfredo was hurt that day."

A nurse who lived at Westgate says Hernandez took away her sense of security.

"I never thought I’d find myself in a setting that I considered safe because I lived at Westgate at the time to be a place that I would no longer feel safe and secure," said Kathy Hemett, a nurse. 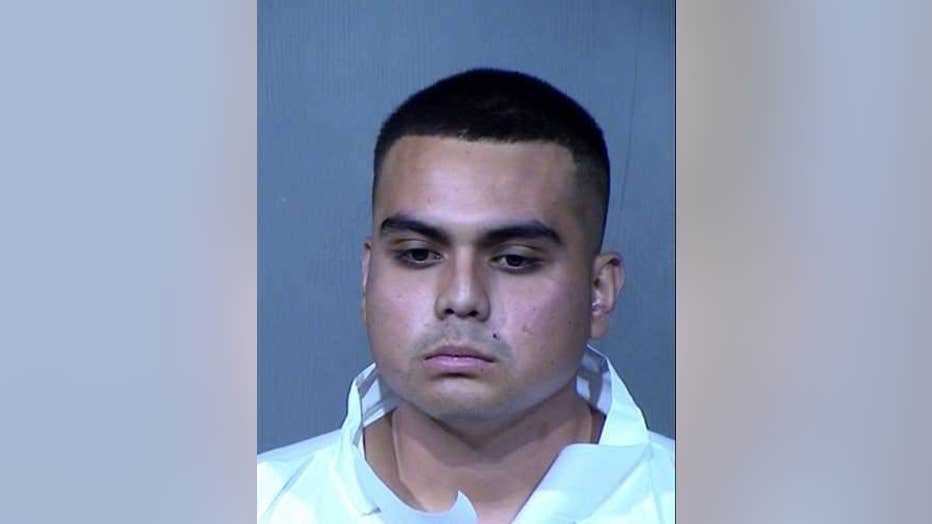 Hernandez shot three people at the Westgate Entertainment District on the night of May 20.

One of the victims — a 19-year-old man — had been hospitalized in critical condition after being shot in the chest. A 16-year-old girl and 30-year-woman suffered non-life threatening injuries.

Hernandez allegedly wanted to target people in his own age group in retaliation for being bullied and being unhappy about this life, according to authorities.

He reportedly walked through the entertainment district, returned to his car to make a social media video and loaded three rifle magazines. Glendale police said Hernandez filmed the attack while holding a cellphone with his left hand and blasting away with the rifle in his right hand.

He later surrendered, telling detectives that he intended to harm 10 people, although it’s unclear why he chose that number.

Authorities said they believe Hernandez intended to use the 90 rounds of ammunition that he brought to the attack, but he was thwarted when his weapon jammed.

Multiple videos and 911 calls have been released by Glendale police in relation to the Westgate shooting that happened in May.