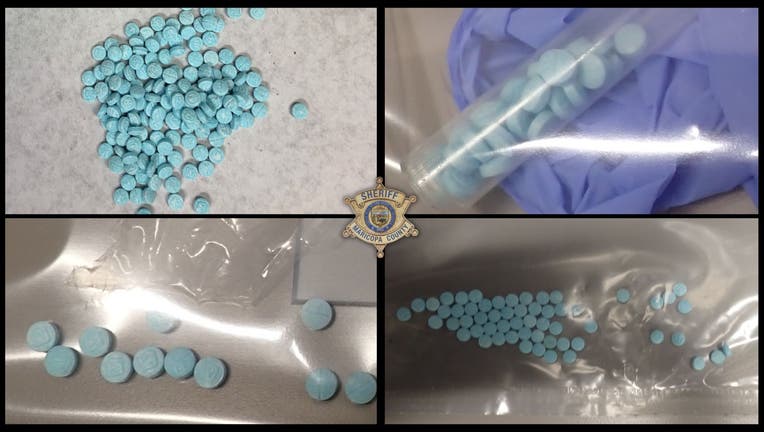 Fentanyl seized in one week at a Maricopa County jail facility

PHOENIX - Detention officers in Maricopa County have seized more than 150 fentanyl pills from inmates from one facility in the past week, according to the county sheriff's office.

In total, 260 pills were found on newly booked inmates in three separate incidents at the county's Intake, Transfer and Release facility.

In the first case, a male inmate was seen passing pills to someone else. Officers obtained a warrant to search him and discovered 160 pills inside his body.

Another 65 pills were found in an inmate's possession while he was being booked into jail.

In the last incident, a woman reportedly had a bag filled with 35 pills concealed in her genitalia. Officers found it while searching her during booking.

Meanwhile, two inmates had to be taken to the hospital after they overdosed on an unspecified substance at Lower Buckeye Jail.

A detention officer was caught trying to bring meth and fentanyl into that same jail just days prior.

Drugs behind bars: Phoenix mothers want reform after their sons die from apparent overdoses in jail

Two inmates are expected to survive after an overdose at a Maricopa County jail, but not all are so lucky to survive. "I don't want another family to go through what we did. I never realized I would be burying my son."