PHOENIX - The day before Thanksgiving is said to be known as "green Wednesday' in the marijuana industry – it's the second-busiest pot holiday after April 20, also known as 4/20.

Going along with the spirit, cannabis kitchen Mint Cafe in the East Valley is busy serving up Thanksgiving dishes infused with THC.

The food is no longer limited to just medical marijuana patients now that recreational use is legal in Arizona.

If you’re coming in recreationally, you're going to be able to purchase the dishes one by one, 100 milligrams in total and $15 for each. If you're coming in on the medical side and you have your medical card, you can go up to 1,250 milligrams total, five dishes and that ends up being $100. 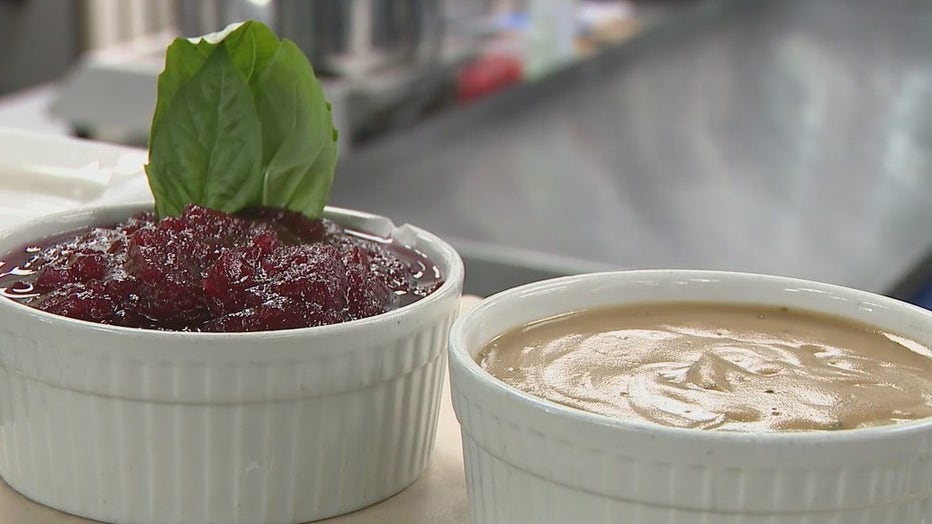 The cafe is located near Priest Drive and Baseline Road and its most popular dish this holiday is seemingly the cranberry sauce. The second most popular is the garlic herb butter.

"The butter’s versatile. You can use that butter on literal toast and it’s medicated obviously or you can put it into your turkey, put it into your ham, whatever it is that you want. So then at that point, you can medicate the things that you normally have and then at that point obviously have your medicine," said Rudy Molina, director of operations for the Mint Dispensary in Arizona.

The cafe also makes cakes, edibles, including cookies and gummies, and serves a variety of other foods year-round.

"On top of all that, we’re the only kitchen in the entire United States that can hand you a pizza that’s been medicated. Hand you a hamburger, hand you some french fries, mac and cheese, all kinds of things," Molina said.

The cafe will be open on Thanksgiving Day and Mint has three dispensary locations in Tempe, Mesa and Phoenix.