One dead in crash near Loop 202 in Mesa

FOX 10's Troy Barrett has the latest on a early morning crash on Thursday that left one person dead.

Police confirmed one person has died after a collision involving two vehicles at the intersection of Loop 202 Red Mountain Freeway and Broadway Road.

A Kia Soul had been driving west down Broadway Road when it reportedly ran a red light while crossing the overpass. Police say it crashed into a BMW driving northbound on the freeway off-ramp, killing the driver of the Kia.

The other driver involved was not injured. Officials said impairment is not believed to be a factor.

Broadway Road was closed, but has since reopened. 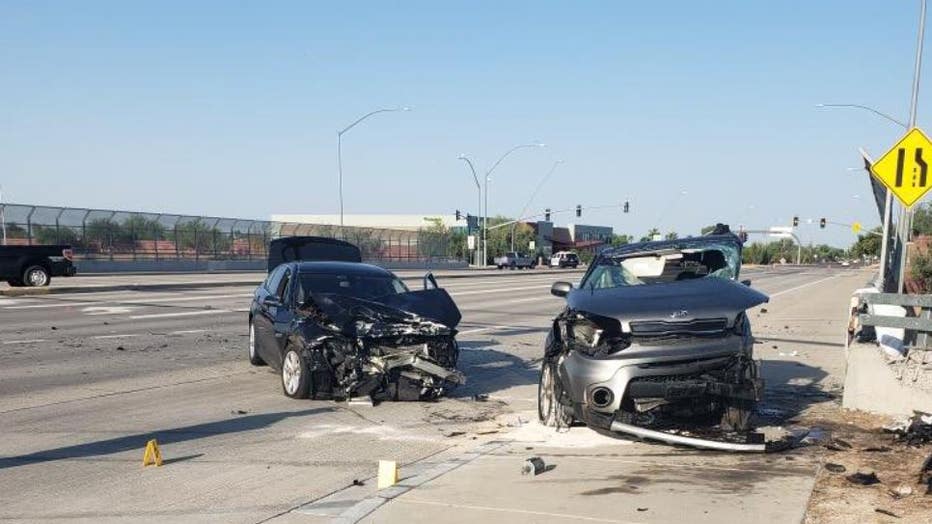 Scene of a crash in Mesa (Mesa PD)