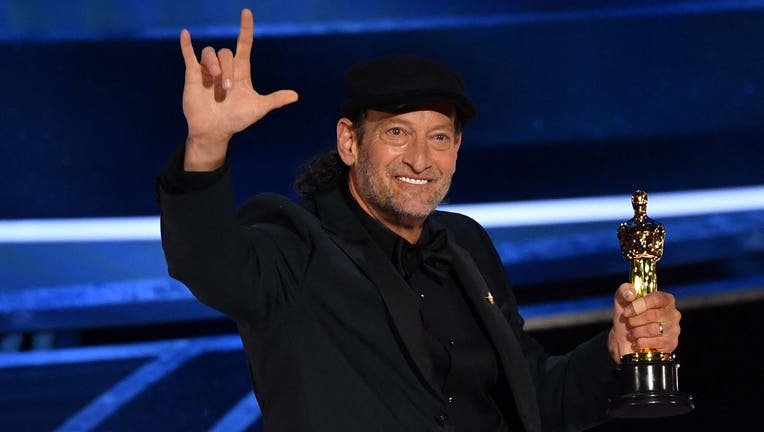 US actor Troy Kotsur accepts the award for Best Actor in a Supporting Role for "CODA" onstage during the 94th Oscars at the Dolby Theatre in Hollywood, California on March 27, 2022. (Photo by ROBYN BECK/AFP via Getty Images)

MESA, Ariz. - Actor and Mesa native Troy Kotsur became the victim of a crime while visiting his hometown.

Kotsur, who made history as the first deaf man to win an Academy Award, was in the Valley last week when he received a key to the city of Mesa on Thursday.

While Kotsur was still in Arizona, Mesa Police say his vehicle was stolen on Aug. 13. It was later recovered the same day and two juveniles were arrested.

"Mr. Kotsur had his vehicle returned to include all the property that was inside," police said.

Kotsur’s family has deep roots in Mesa. His father was the police chief. One of his two brothers is a deputy fire chief. His grandfather was also a police officer.