Personalized Arizona plates spark controversy for ADOT: Here's what you should know

PHOENIX - Arizona Department of Transportation's Motor Vehicle Division's policies are under scrutiny regarding personalized license plates that people are allowed to have in Arizona.

Here's what you should know about Arizona's personalized license plate policy, and the controversy currently surrounding it.

What are personalized license plates?

According to the ADOT website, drivers in the state are allowed to have personalized license plates, for an extra fee and provided the personalized plates don't run afoul of certain rules.

On Sept. 6, ADOT officials forwarded their policy to FOX 10 regarding personalized license plates, citing a portion of the Arizona Administrative Code.

The Division shall reject the application if the requested plate number:

In 2019, we reported on how certain personalized plates are found to be obscene, and not allowed by ADOT.

"As people know, we have a fairly substantial list of license plates that have been rejected for various reasons," said Doug Nick with ADOT, in our 2019 report.

At the time, we reported that we received 700 pages of double-sided, single-spaced personalized requests that were rejected. The requests go back to 2004, and they were all rejected for different reasons including profanities, swear words, and drug-related words.

On Sept. 6, ADOT officials said that some words on the request sheets are no longer flagged, as some phrases and words have become more generally accepted among the public.

"If you put in an obviously profane word, it’s going to kick you out right away," said Nick, on Sept. 6. 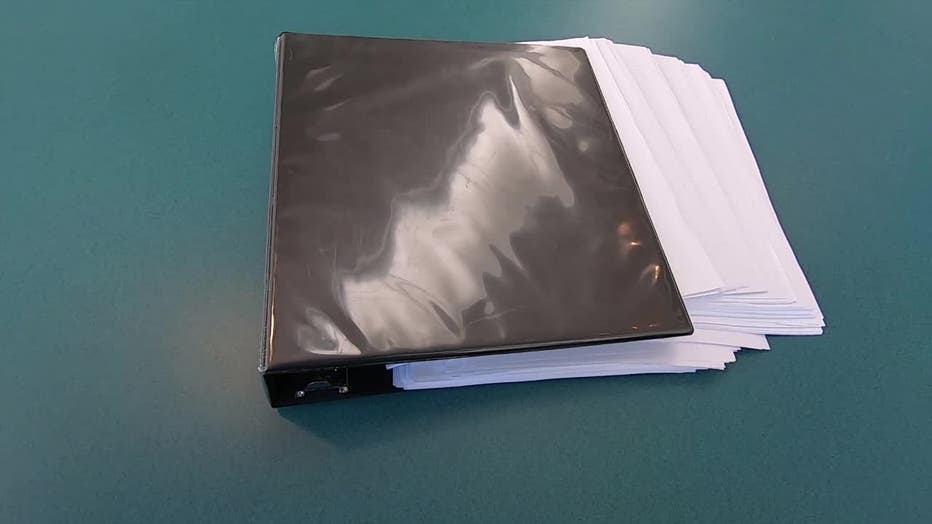 What's the problem this time around with these personalized plates?

There are currently several anti-President Joe Biden and anti-Anthony Fauci plates that were approved and are on the road. Some plates include:

It should be noted that while "FFAUCI" has already been rescinded, the other two haven't been. Meanwhile, anti-Former President Donald Trump plates were reportedly denied.

What are ADOT officials saying?

We asked Nick as to why the three plates mentioned above managed to get through the system.

"It seems like there are a lot of checks and balances here, so how did B1DNSUX (Biden Sucks) get through onto the streets?" Nick was asked.

"Those are some things that a computer isn’t necessarily going to know, every name out there, of every politician," Nick replied.

"Well, when you’re dealing with computers, it's not going to be perfect," Nick replied. "That’s political speech, and we want to be mindful of people’s rights to say things that may be on edge."

"It seems interesting that [F-Trump] rescinded, no chance of that, but you can’t commit to B1DNSUX being removed from the road," Nick was asked.

"Well, ‘F’ is going to be a word that is clearly profane, but ‘SUX’ will be up for review, so I am not going to stand here today and say we made a decision because that's why we have human beings review this to say what is appropriate and what isn’t," Nick replied.

"'FORDSUX' is one of the names removed from the road. That’s not allowed. But you’re saying 'B1DNSUX' potentially could be allowed?" Nick was asked.

I'm just saying it’s under review," Nick replied. "We would be really remiss if we got political on this. So that’s what I’m saying: we're trying very hard to be non-partisan on any of this."

Bill Lamoriaux from ADOT said that the word "SUX" is not considered obscene because of contemporary American vernacular, but "F" is still considered to be obscene.

Have there been other problems with Arizona license plates before?

The DMV says you can request a new plate if you are offended by the one you're sent.

In 2020, we reported on a license plate issued by ADOT that sounds rather similar to "swastika."

I opened it and said, 'Great, it says swastika on it,'" said Joel Griego. "My cousins didn’t realize it. They’re like, 'Really?' And so I spelled it out for them, and they're like, 'wow.'"

"We took a look at that and realized that auto-generated plate and the interpretation was not something necessarily a computer would recognize," said Doug Nick with the Motor Vehicle Department, in 2020.

How many Arizona cars have personalized plates?

According to data from the MVD in 2020, 4.5 million, or 51% of the registered plates in Arizona, are auto-generated on the classic desert background. 184,029 are vanity plates.

ADOT officials also say they get about 6,000 personalized plate requests a month.

Read Other Stories from FOX 10 Explains