The Phoenix Herpetological Society says there are many frogs coming out, enjoying the monsoonal weather in Arizona right now, but there is a toad, in particular, to watch out for.

PHOENIX - The monsoonal moisture is bringing more than rain and damaging winds to the Valley as many critters are out and about making unwanted appearances.

Some of those critters can be dangerous.

This year, unlike last year, the Phoenix Herpetological Society says it's received dozens of calls and photos of homeowners finding critters in their yards.

Many of the species that are out loving the recent weather are not dangerous, but one in particular, a toxic toad, could be dangerous.

"There’s the Arizona Toad, the Red-spotted Toads, some Spadefoot Toads. There are so many different kinds and they all look a little different," said Katelyn Garcia with the Phoenix Herpetological Society.

She says amphibians like frogs love the extra moisture and it actually forces them to come out since they typically live underground.

"When it’s moist and humid outside they’re going to come out because amphibians need to be very wet. They’re not like lizards or snakes that can come out and bask in the sun," Garcia explained.

While many of the species are harmless, many people are running into Sonoran Desert Toads which are poisonous to humans and animals. 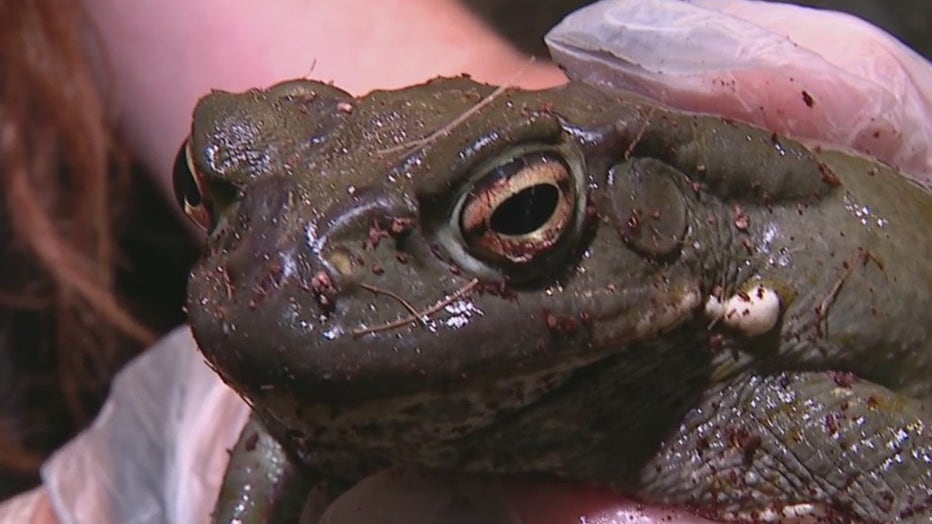 Garcia says if you see one, stay away.

"They have two poisonous glands one on each side. They’re very easy to see because they’re bright white against their greenish brown skin. That poison can cause dogs or humans to become very sick. It’s used as a defense and not meant to kill their prey like you would see in a rattlesnake," Garcia said.

Adding, "It all depends on how your body reacts. So you can get itchy, irritation or if you eat it, you can throw up or get really sick or hallucinate."

If you see frogs or toads, Garcia advises to leave them alone and they’ll typically move on on their own. She says if you’re concerned about one, you can take a picture and send it to them and they can tell you what it is and if it’s a cause to take action to remove it.