A group of suspects are wanted after robbing a Phoenix shoe store at gunpoint. FOX 10's Bailey Miller reports.

PHOENIX - Do you recognize them? Police are searching for three suspects following an armed robbery at a WSS shoe store near 40th Street and Thomas Road.

According to police, on May 2,3 the suspects entered the store acting like customers and began "making stacks of merchandise."

When the suspects walked toward the store's exit, the manager stood in their path and told them the registers were in the opposite direction.

Police say one of the suspects reached inside her shirt, pulled out a gun, and made a threat. At that time, the victim backed away and the suspects fled in a gray Nissan Armada SUV.

If you have any information about this case, call Silent Witness at 480-WITNESS. You can receive a cash reward of up to $1,000 for tips leading to an arrest and indictment. 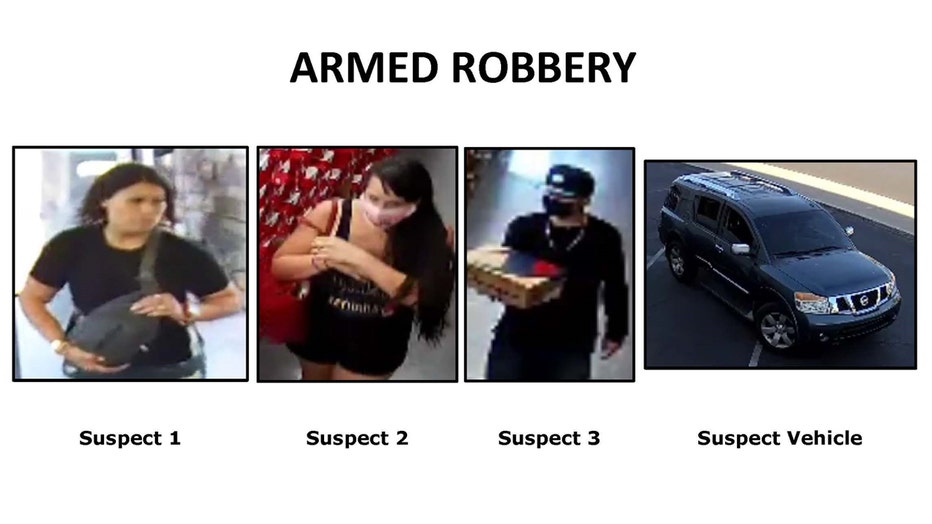 Suspects accused of armed robbery at the WSS store on May 23.