Phoenix Police officials say a 20-year-old man has been arrested after a DEA task force that included the&nbsp;Phoenix Police found over 100,000 fentanyl pills and other drugs in a bust.

PHOENIX - Phoenix Police officials say a 20-year-old man has been arrested after a DEA task force that included the Phoenix Police found over 100,000 fentanyl pills and other drugs in a bust.

"This is the great work of detectives and federal partners, and gives us more resources so we can attack these problems," said Luis Samudio with Phoenix Police.

According to a statement released Friday, investigators learned of a man in Phoenix supplying local drug traffickers with large amounts of fentanyl pills earlier in January, which culminated in a bust that happened Thursday.

As part of the bust, a task force led by a Phoenix Police sergeant, along with other units, stopped the suspect, identified as Alexis Meza, in his car near 24th Street and Thomas Road.

Inside the car, officials found 122,000 fentanyl pills, and a search of the man's apartment near Indian School Road and 43rd Avenue yielded more drugs, in addition to seven handhund, two rifles, and thousands of rounds of ammunition. 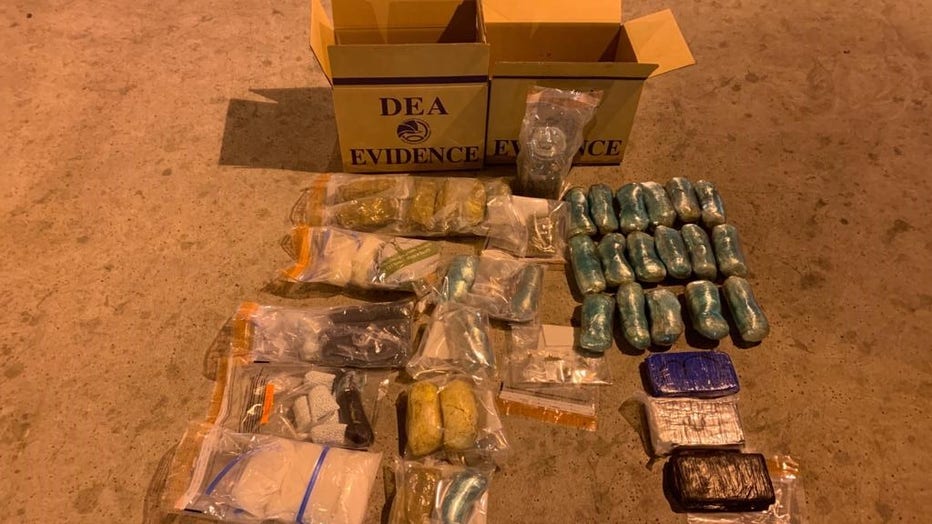 Police say the fentanyl pills had a street value of $2.5 million. As for Meza, he has been booked into the 4th Avenue Jail, and accused of various drug-related offenses.

The bust on Thursday followed one of the largest fentanyl pill seizures in Arizona's history, where authorities seized close to 170,000 fentanyl pills, with a street value of about $3 million.