It happened near 39th Avenue and Baseline Road the morning of Sunday, Sept. 27.

PHOENIX - A woman was killed by her husband, and he took his own life just moments later, said the Phoenix Police Department on Sept. 27.

The murder-suicide happened near Baseline Road and 39th Avenue Sunday morning around 9:30 a.m.

Police say the wife, Syeda Sohaly Akter, 43, called officers asking to get her husband, Abul Ahsan Habib, 52, moved out of the home, although he reportedly wasn't there at the time.

Her adult son was at the home with her when she called 911.

Officers arrived and talked with her about getting a protective order against him and once they and her son left her home, the husband reportedly arrived back home.

"Obviously this is a tragedy. When you have a man who kills his wife and then kills himself, that's a tragedy and I don't know how to describe it other than that. So our hearts go out to the family members that have to live through this," said Sgt. Tommy Thompson with the Phoenix Police Department. 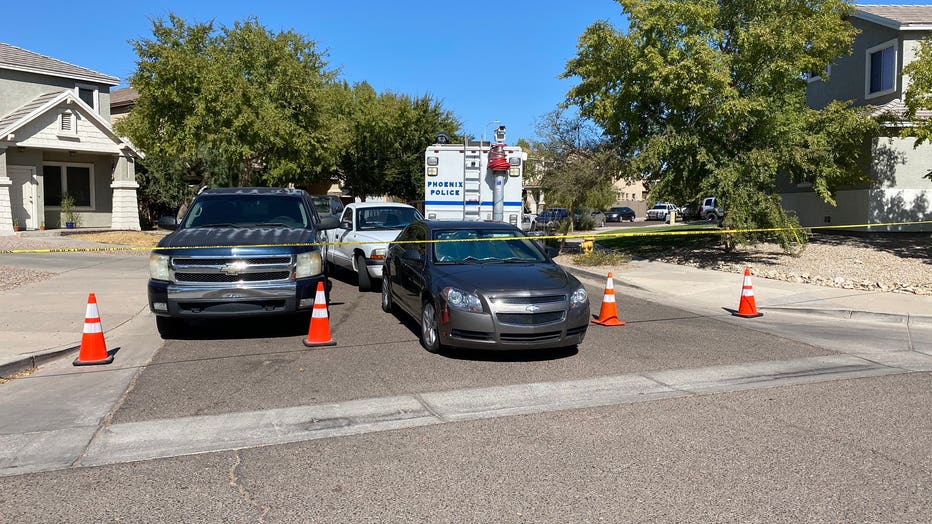 Neighbors reacted to the large crime scene outside their homes Sunday morning.

"There was just a bunch of police cars and people coming around and we're like, 'What's happening?' And we can see it through the back of our window too that there was a lot of stuff going on," said neighbor, Katherine Rodriguez.

Myriah Mhoon advocates for domestic violence victims across Arizona as the CEO of New Life Center and says the calls for help are dropping, but that the pandemic could factor into increased violence.

"The first time in the last two and a half years, I actually have beds available, but we are seeing a spike in of deaths due to domestic violence. So what that is telling me is that the pandemic and the isolation between the survivor and the perpetrator does have significance when we're looking at, did the pandemic have an escalation or create an escalation of domestic violence," Mhoon explained.

In Phoenix, police say about a quarter of nearly 100 homicides over the first half of the year are domestic violence-related. That's a 140% jump compared to the same time frame in 2019.