A Phoenix woman was partially paralyzed just over a year ago and has reached a major milestone some thought wasn't possible.

PHOENIX - This is an unbelievable story of perseverance and determination.

A Phoenix woman was partially paralyzed just over a year ago on Jan. 24, 2021 after a car crash.

On Jan 25 this year, she did something she didn’t think would be possible. She kicked a field goal.

Krysten Muir has been kicking field goals for years as she kicked on her high school football team. During her recovery, while she was just learning to walk again, kicking a field goal became a goal to reach. 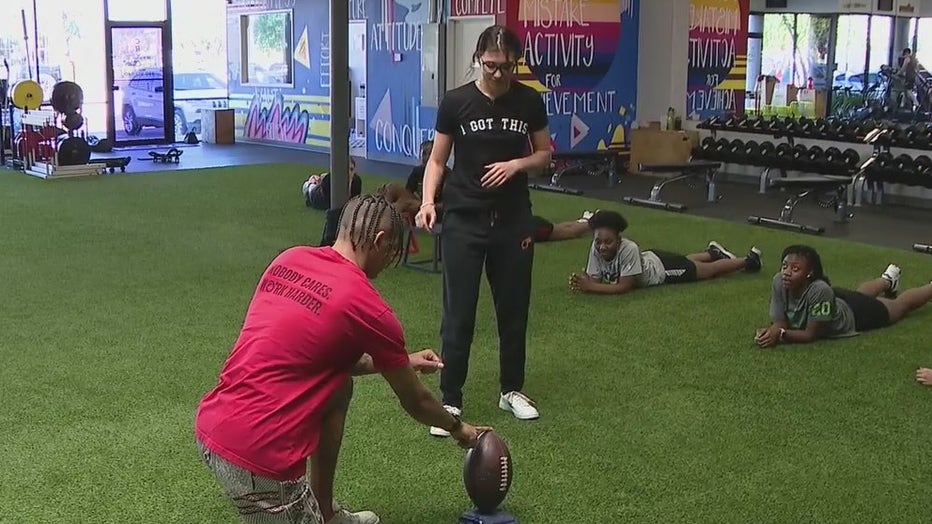 In just one year since her wreck, she accomplished it.

"When I think about it, I’m like man, I’m actually doing this. I’m actually kicking and accomplishing the goals I’ve set," Muir said.

A year ago, she was in a car accident with her boyfriend. The athlete was partially paralyzed below the waist and told she may never walk again – let alone kick.

In the crash, Muir suffered a broken vertebrae and a damaged spinal cord.

She made her mark as a field goal kicked at Marcos de Niza High School a few years ago. Since the crash, she became the kicking coach at the school, but kicking again herself? Even she didn’t believe it was possible at first.

"Honestly, first I have to be able to get up then walk and make sure I can take steps and have balance. I was pretty wonky with all that, so I was like, I don’t know if I’ll be able to kick. So the times I tried by myself, it was very low, and I was like, aw man. It’s not going to work, and it totally did, and it was the time and patience. It really came through," Muir explained.

She trains three times a week at Move Performance and there, they never let doubt slip in.

"So with her, one of our goals was, let’s get her to kick again. We waited, we waited. Did a soccer ball and now we’re here. But this is bigger than sports, this is about life," said Chad Dunn with Move Performance.

This is just the beginning of good things to come.

"We’re all just so ecstatic about it, hopeful about it, and hopeful it’s just going to get better from here," Muir said.

On Jan. 29, she's getting together with family and friends and will be going to the football field where she kicked in high school to try it.

For Krysten Muir, merely walking is already an act of defying the odds, as doctors say she will never walk again after a serious crash months ago. FOX 10's Irene Snyder reports.