PHOENIX - The FBI is asking for the public's help in finding a suspect accused of robbing six Valley banks since last December.

The suspect, dubbed the "Piggy Bank Bandit" because he or she left with coin rolls from one of the robberies, robbed banks in Tempe, Mesa, Phoenix, and Gilbert dating back to December 1, authorities said on Feb. 25.

The man is also suspected of robbing two more banks in Phoenix on Feb. 26. 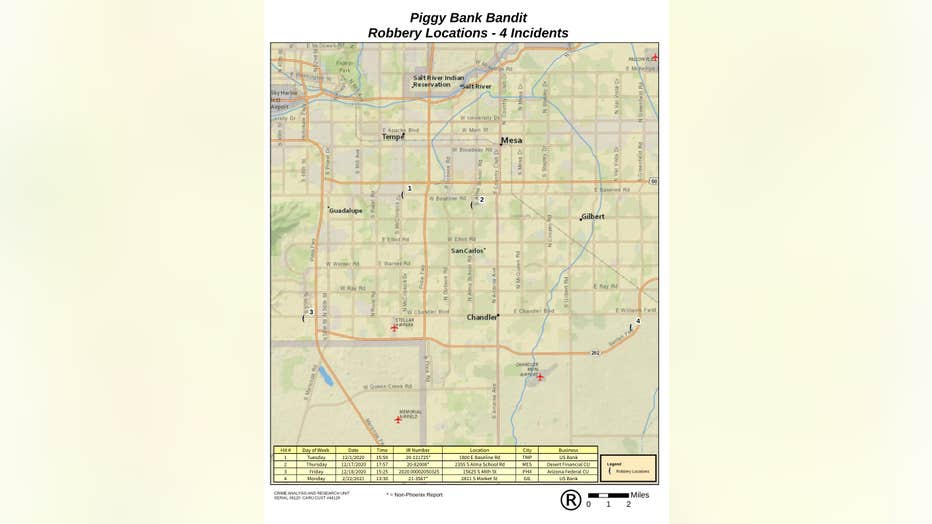 During each of the robberies, the suspect gave a note to the teller demanding money. No one was injured.

The suspect has a neck tattoo and is described as being 25-35 years old and 5'6" to 5'8". The "Piggy Bank Bandit" has been seen wearing a beanie, a hooded sweatshirt, long pants, black-rimmed glasses, a black face mask, and has carried a backpack.

If you have any information, you're asked to call the FBI's Phoenix office at 623-466-1999 or Silent Witness at 480-WITNESS. You can also submit tips online at tips.fbi.gov.