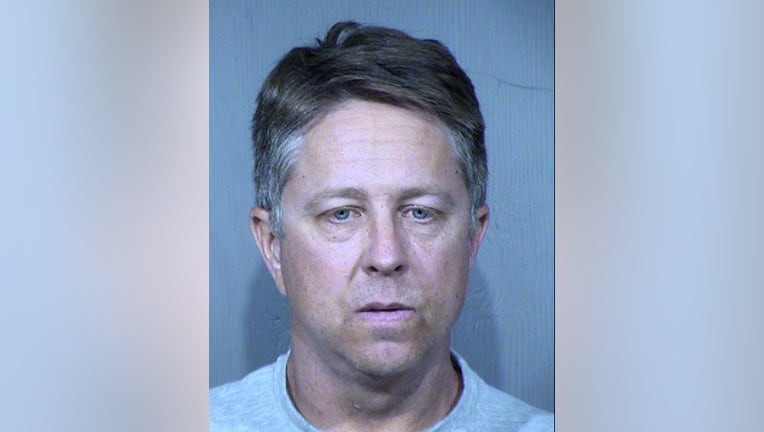 PHOENIX - Officials with the Glendale Police Department say a man is under arrest in connection with a bank robbery earlier in the month.

The robbery happened on January 2, when the suspect, now identified as 51-year-old Richie Steven Hayes, walked into the bank near 55th Avenue and Bell Road and gave a note to the teller, demanding cash.

After leaving the bank with an undisclosed amount of cash, he got on a teal and purple beach cruiser-style bicycle with a large rear basket. Surveillance video from the scene showed a pink poof emanating from the bike, which police say at the time was the result of an exploding dye pack.

"If someone tries to pay you in #PinkCash please give us a call!," stated GPD on Facebook.

Police said Hayes then got into a white Toyota Tundra truck that was at a gym near 57th Avenue and Bell Road.

According to Glendale Police on Tuesday, Hayes was arrested after he was pulled over in the same car on a traffic stop in a different jurisdiction. The demand note, along with bills stained by the dye pack, were found inside the car.

Police say Hayes then admitted to his involvement in the robbery, and said he used the money he could not remove the dye from to play at casino slot machines, to exchange for other bills.

Investigators say tribal police then notified Glendale detectives that they had several bills with fye on them, and provided the suspect vehicle information.