Over 30 dogs were seized from a home in Tempe after they were discovered living in unsanitary conditions, according to the Arizona Humane Society.

Rescuers visited the home on a hoarding case and discovered dogs ranging in age from one-week-old to 8 years old. Most of them appeared to be between 2 and 5 years old.

"Some of the dogs are very shy and a bit fearful so AHS’ Behavior Team will begin working with them once they are medically cleared," officials said in a statement. "Despite having been through a lot, last night marked their first night with air conditioning and being able to eat from actual food bowls and not on a feces-covered floor."

More than 15,000 animals are taken in by the Arizona Humane Society every year. 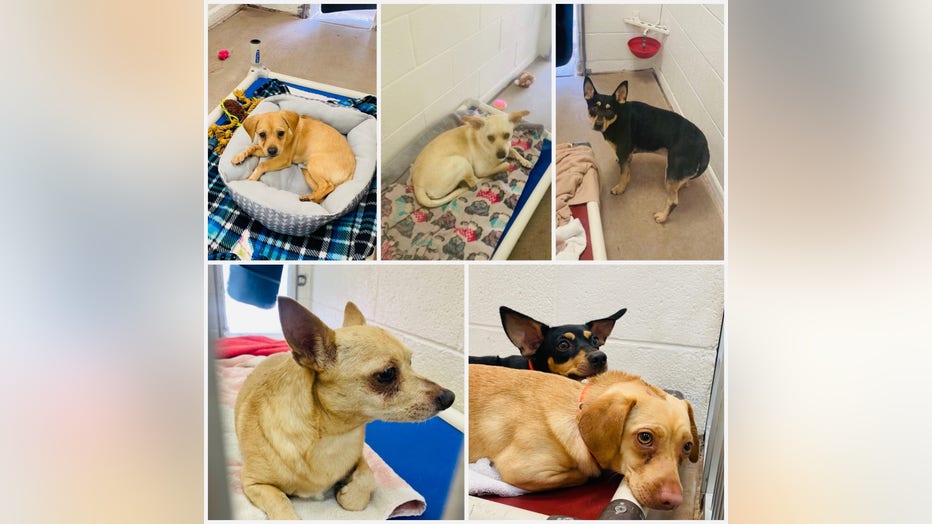 Some of the 31 Chihuahuas that were rescued from a Tempe home. (Arizona Humane Society)