PHOENIX - For the second time this week, the Phoenix Police Department is mourning the loss of one of its K9 officers.

The department said on June 30 that retired K9 Officer "Ronin" passed away.

"Ronin" was born in 2008 and joined the department in 2010. He served the community for eight years before retiring in 2018.

"Our thoughts are with his family this week," the department tweeted.

On Monday, Phoenix Police announced that retired K9 "Murphy" had passed away after battling an "advanced medical condition." 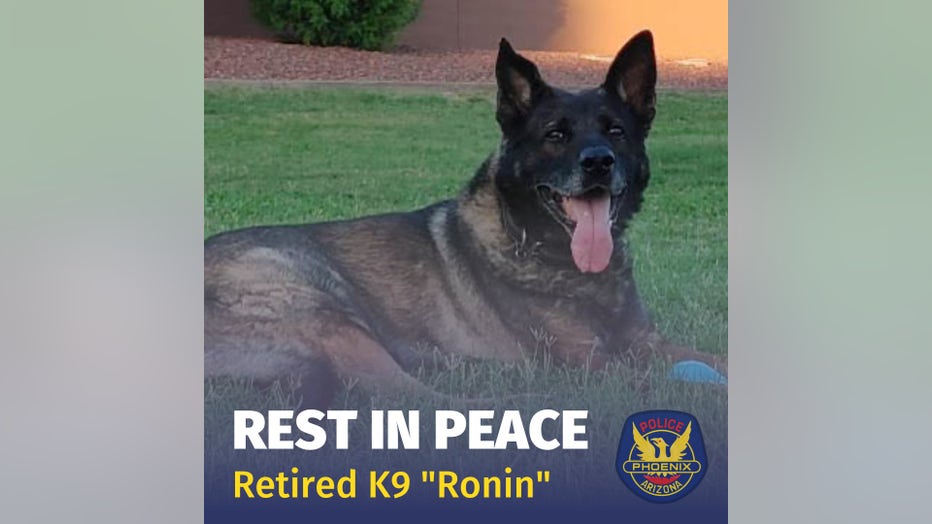 The Phoenix Police Department said on June 30 that K9 Officer "Ronin" passed away.