SCOTTSDALE, Ariz. - A woman who says she was wrongly charged by Scottsdale Police despite evidence she wasn’t involved in a hit-and-run crash is suing the department.

Now, there are details on the investigation that has led to an internal review in the law enforcement agency.

The initial questions were: How did Yessenia Garcia’s windshield break on May 24, 2020? Was it in a hit-and-run? 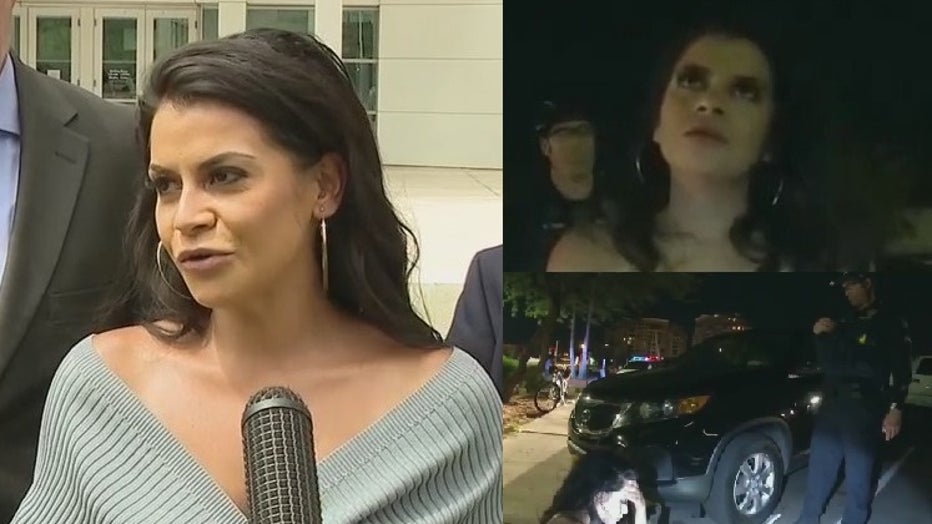 The surveillance video shows a man actually stomped on her car, but despite that, she was still charged.

Garcia stood with her new attorneys in front of the courthouse on Tuesday, ready to fight against the Scottsdale Police Department.

"This is a horrible, shoddy investigation," said one of her attorneys, Benjamin Taylor.

In May of 2020, Garcia was questioned and arrested by police.

Surveillance video shows while she was at a club, for some reason a man jumps on her car and appears to smash their windshield. When they get back to the car, they flag down police who were responding to a hit-and-run crash less than a mile away.

That’s when she was charged for the hit-and-run, but Garcia’s attorneys say officers saw the video of the man stomping on her parked car, but still charged her. 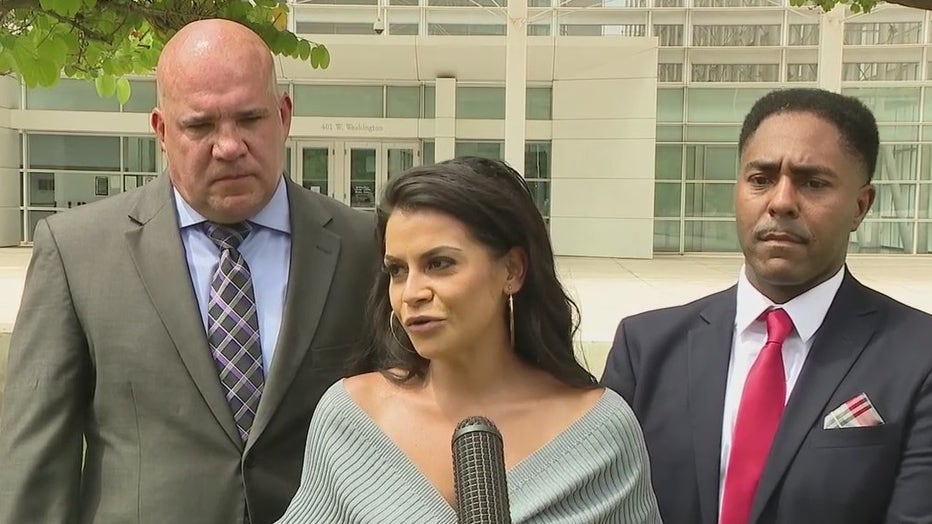 Yessenia Garcia and her attorneys.

"Qualified immunity. Officers are allowed to make reasonable mistakes. They’re not allowed to be malicious," said another one of Garcia's attorneys, Anthony Ramirez.

The charges were dropped weeks later and now she’s filed a federal lawsuit against the department for the arrest.

Scottsdale Police said they can’t comment on litigation, but previously, Chief Jeff Walther said he opened an internal investigation after hearing about the arrest allegations.

Garcia says she feels lucky because a camera was rolling on the incident.

"This is just me that you’re hearing about. How many people from May 24 to now could they have done this to?" she said.

In the previous statement from Scottsdale’s Police Chief, he said the review will be complete by Sept. 14 and that it would be released publicly.