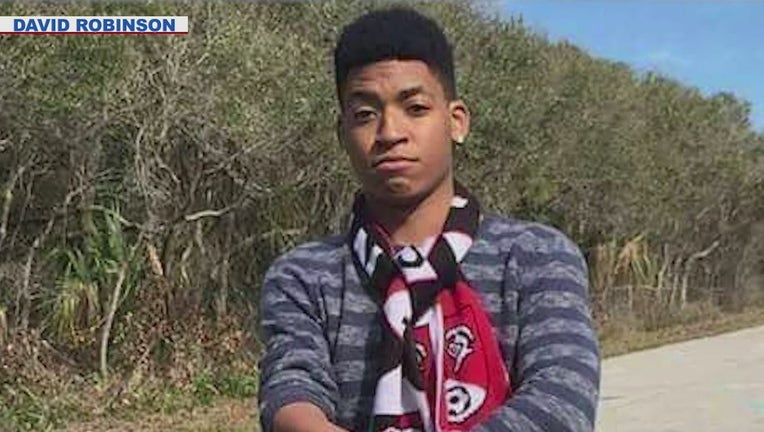 BUCKEYE, Ariz. - The search for missing man Daniel Robinson is expanding after he's been missing for six months.

Robinson was last seen in June 2021 just outside of Buckeye. His father David and volunteers have held dozens of searches over the past six months.

On Dec. 12, David said he’s expanding the search to neighboring communities, including Goodyear, Buckeye and Phoenix.

"What keeps me hopeful is the fact that we don’t know what happened out there in the desert, and then you know there may be a way or a reason that my son is not there at all. So that gives me hope where I can go expand the search out farther than the desert itself," David said.

David plans to continue holding search parties every weekend until his son is found.

According to Buckeye Police in late June, Robinson was last seen in the area of Sun Valley Parkway and Cactus Road on June 23.

Robinson is a geologist who often worked at remote sites. At the time of his disappearance, police said Robinson was driving a blue 2017 Jeep Renegade. His vehicle was later found crashed in a ravine on July 19. The vehicle had significant damage, and some personal items of Robinson were also found inside.

In a summary of the collision report issued by the company, Buckeye Police say the Jeep Renegade was involved in a rollover crash, and that speed increased right before impact, which could indicate an attempt to drive up the other side of the ravine.

David Robinson has been searching for his son for 14 weeks outside of Buckeye. On Nov. 6, the early morning search started near Sun Valley Parkway and Cactus Road. Three other locations were also searched, including the Hassayampa River and the area west of where his car was found a month ago.