A suspect fleeing from Phoenix police officers reportedly injured a teen in a car crash near Tatum and Thunderbird Road on Friday.

PHOENIX - A speeding driver fleeing from police has been blamed for causing a crash in north Phoenix that sent a teenage boy to the hospital.

Police first tried to pull over Kordell Ellis on Sept. 30 for reportedly speeding near a school zone. But instead of stopping, officers say the Ellis went through a school yard.

Moments later, the 26-year-old driver collided with a car near Tatum Boulevard and Thunderbird Road.

SkyFOX video showed one of the cars slammed through a wall and the other on a sidewalk.

The teen, who was a passenger in the car that was hit, was seriously injured but is expected to be okay.

Ellis was arrested in a residential yard, and police say they found a gun that fell from his vehicle.

He faces a number of charges including assault and criminal damage. 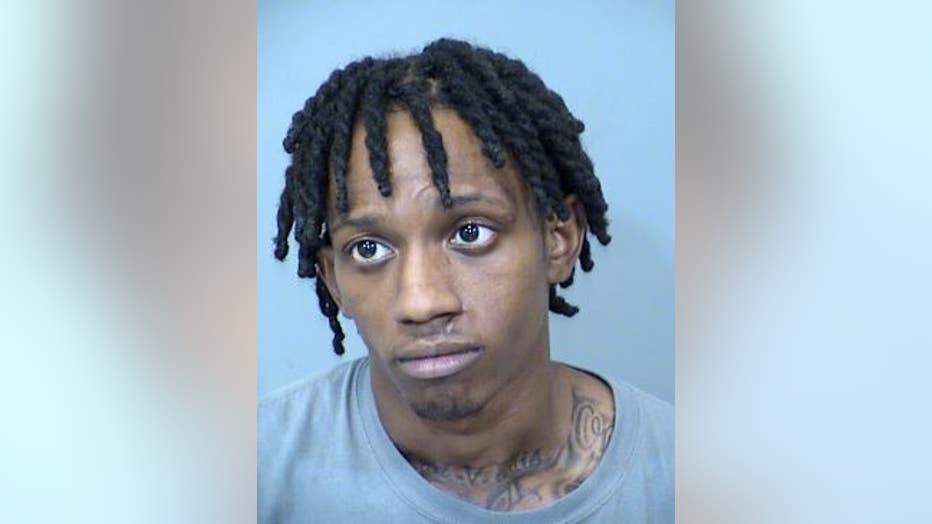