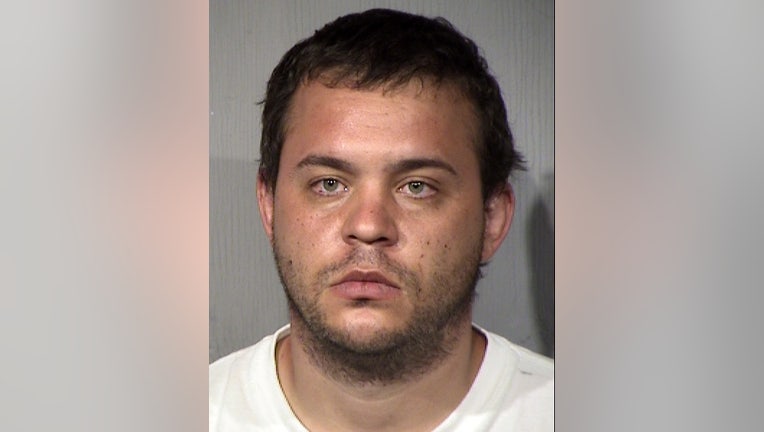 During an initial court appearance in Phoenix on July 29, prosecutors said the father of 29-year-old Matthew Egler had been trying to get him mental health treatment.

They cited Egler’s claims on social media to be Ivanka Trump’s husband and the father of her child as further evidence of possible mental illness.

When given the chance to speak, Egler pulled out a piece of paper that he said was a waiver from the U.S. Secret Service to look at his medical records. He also asked for the name of a Secret Service agent who interviewed him because he “passed a note to Ivanka Trump — one of many notes that I have passed to her.”

Egler, who lives in Peoria, faces one count of arson of an occupied structure. He was ordered released on a $75,000 bond.

A man who volunteered for the Arizona Democratic Party has been arrested for his involvement in setting the party headquarters on fire on July 24, police say.

The Associated Press was not able to locate an attorney for him on July 30, and a message left at a cellphone number for a family member was not returned.

The blaze, which broke out shortly before 1 a.m. July 24 a few miles north of downtown Phoenix, destroyed mostly the area of the building used by county Democrats. The fire destroyed electronics, phone-banking equipment, campaign literature and years of candidate and organizing information, party officials said.

FOX 10 has learned that Phoenix Fire officials are labeling a fire that damaged the Arizona Democratic Party headquarters in Phoenix as an act of arson.

Surveillance video captured a suspect breaking glass doors, placing some sort of incendiary device in the building and then setting it on fire.

Investigators traced the car seen on the video to a family member of Egler’s, according to charging documents. Authorities say he also admitted to starting the fire on social media. Egler was retaliating after being rejected by county Democrats as a volunteer, the documents said. He had previously volunteered for them but was banned for his behavior.

His next court hearing is scheduled for Aug. 7.