PEORIA, Ariz. - Peoria police say one of their officers was struck head-on by another driver on Tuesday morning.

A driver crashed his pickup truck into the officer's SUV near 83rd and Sweetwater Avenues, according to the department's Twitter account.

The officer was taken to the hospital for evaluation, but he's now been released.

The driver of the pickup truck was also transported to the hospital with minor injuries. Police believe the driver was impaired. 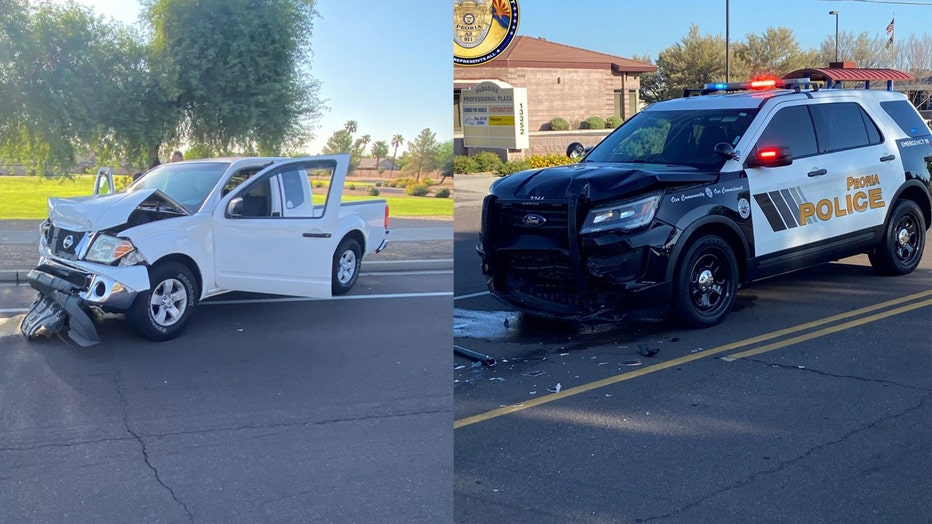