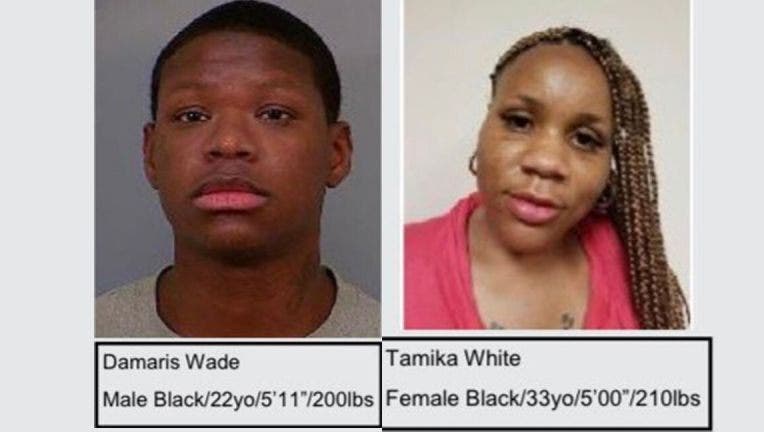 LANCASTER, Calif. - It took the persuasive work of at least one prominent local figure to convince two people involved in the robbery and assault of an 80-year-old man to do the right thing and turn themselves, authorities said Sunday.

The two suspects arrived at the station at 8 pm. Saturday to fess up to their crimes and are now in custody, according to Lt. Jon Hoyt, of the Lancaster Sheriff's Station.

Investigators say Tamika White, 33, accompanied Damaris Wade, 22, as he allegedly assaulted 80-year-old Roberto Flores-Lopez in the bathroom of a Lancaster grocery store in the 1000 block of East Avenue J, near 10th Street, at 8:30 a.m. Thursday. 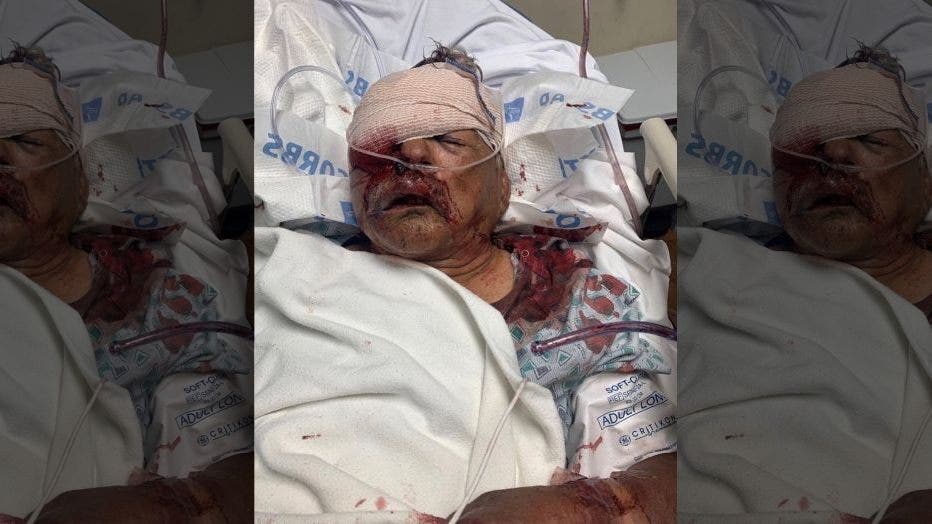 The assailant was wearing a black mask with a design of white fangs, authorities said.

Deputies had put up a wanted poster with pictures of the suspects on Friday.

"I think we have great ties with our community leaders," Hoyt said."This was a serious crime that was solved."

"We would also like to share that family members of Mr. Wade met with the Flores-Lopez family last night," said Ali Villalobos, with the Lancaster Sheriff's Station.

"Both families call for unity within our community,"  Villalobos said deputies got a lot of support from Antelope Valley residents during the investigation.

"Crimes against our most vulnerable residents can stir up a lot of emotions," Villalobos said. "Your actions in the last few days are reflective of the fantastic community we have."