It was a terrifying moment for a Valley family as a suspect on the run from police broke into their home while trying to get away from officers near 35th Ave. and Deer Valley Rd.

PHOENIX - It was a terrifying moment for a Valley family as a suspect on the run from police broke into their home while trying to get away from officers.

The Phoenix Police Department released the body camera footage on May 21 of the officers rescuing the family.

In the video, which was taken on May 18, officers can be seen removing one of the home's window screens to help three people escape, then lead them to safety in the front yard.

Police eventually found the suspect inside the home, hiding under a bed.

Tim Fuit, who lives two doors down from where the incident happened, watched it all unfold.

"We saw that the guy, heard it skid and came over, thought it almost hit the SUV. Next thing you know, helicopters overhead telling us to get in the house, lock the doors, 'cause they’re bringing the K9 in," said Fuit.

Fuit says the neighborhood is normally quiet, and he has never seen anything like this happen before. 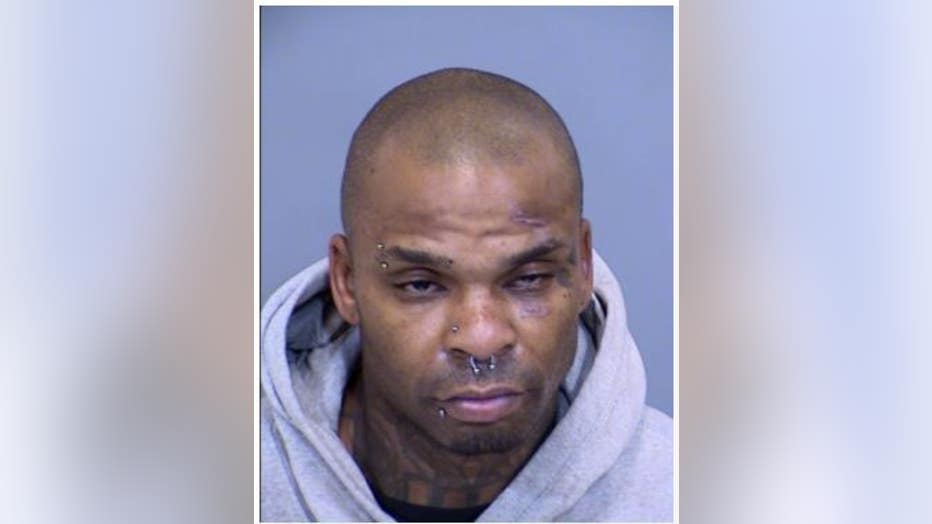 Officers said they were attempting to stop Demetrius Fortier-Cathay on four outstanding warrants when he fled in his car.

Police used their helicopter to track him to a neighborhood near 35th Avenue and Deer Valley Road, where he ditched the car and began running through backyards, eventually breaking into a home.

After officers rescued the family, they used a K9 to find him in the home.

Fortier-Cathay was taken into custody and is being held without bond.