Water cremation: What is Alkaline hydrolysis and why it's more environmentally friendly

Nearly 20 states have legalized aquamation, a water-based cremation process that's touted as being more environmentally friendly. We break down what the process is and its possible future use in Arizona.

MESA, Ariz. - Headlines were made last week when it was revealed human rights activist Desmond Tutu wasn’t cremated, but he was aquamated.

A new type of cremation that uses water and is supposedly more environmentally friendly, and it turns out, an Arizona lawmaker was already crafting a bill to make the process legal in the state.

A funeral home in Mesa just off Main Street says people have been asking for aquamation, so that’s why they wanted regulations changed so they could provide more options to families.

When the funeral home approached Rep. Michelle Udall about alkaline hydrolysis, she said she’d never heard of it.

"After they explained the process, I didn’t see any reason we should stop people from doing that if that’s how they wanted to take care of their loved ones after death," Udall said.

Alkaline hydrolysis, or aquamation, is a new type of cremation that’s already legal in many states. Instead of fire, it uses water in a metal vessel. 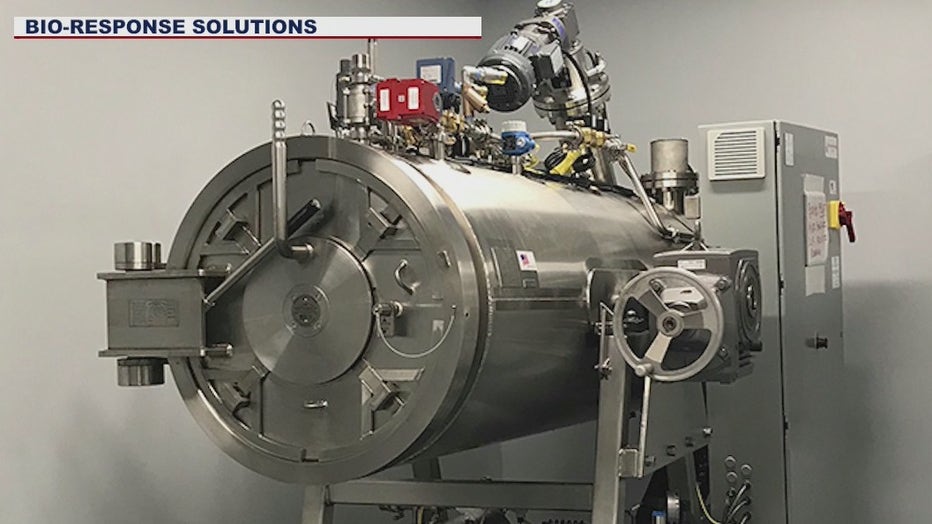 A new type of cremation that uses water and is supposedly more environmentally friendly. It's called "aquamation."

Bryce Bunker with Bunker Family Funerals and Cremations breaks down how it works, saying, "About a 95% water solution, 5% alkaline solution. Not acidic. Typically the inverse of that. Sodium or potassium. They’re placed in that vessel and with gentle heat and some gentle movement of the water, the process that our body naturally goes through when we pass takes place in about 3 or 4 hours."

The family will still receive ashes in an urn, just like a traditional cremation, which can then be spread of stored.

The process has been credited with being more eco-friendly too, creating 35% of the same greenhouse gasses as a typical cremation and using 90% less power.

As for the support Udall is getting from her colleagues, she says the ones she’s spoken with have never heard of it so it might take some time to spread the word about what the process is.