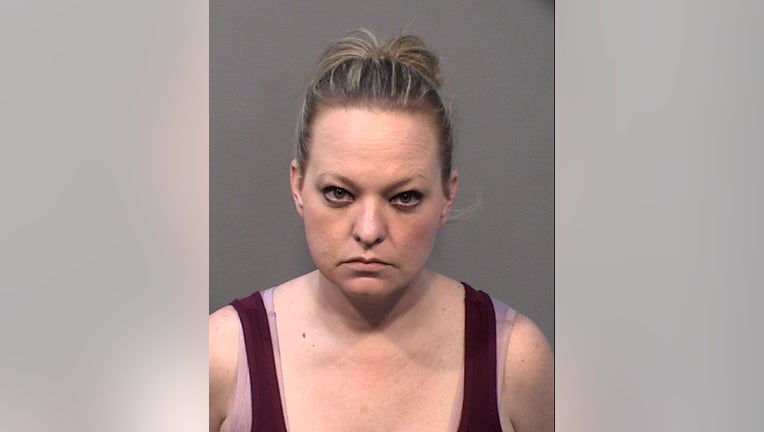 PRESCOTT, Ariz. - A woman was arrested after police say she pointed a gun at two shoe store employees in Prescott before getting away with cash and shoes.

According to police, 38-year-old Holly Ailiff went into the Journey's shoe store at the Prescott Gateway Mall on Dec. 24 and asked employees to set aside several pairs of shoes for her. She then said she would have to wait for her husband to arrive in order to pay for the shoes.

Ailiff left the store and returned 40 minutes later with a handgun. She pointed the gun at the employees and demanded cash from the registers.

Ailiff ordered the employees to carry the cash and shoes and put them in the trunk of her car before she left the scene.

The employees then called police and gave them a description of the suspect's vehicle. Officers were able to locate the vehicle in the downtown area.

"Ailiff admitted her involvement in this incident and was booked into Yavapai County Jail on felony charges of Armed Robbery, Aggravated Assault and Kidnapping," police said in a news release.

All of the stolen items from the store, including over $3,700 in cash and $1,500 in shoes, were recovered. A handgun was also found in the vehicle.