As the Biden administration starts to focus on immigration reform, it is enticing many newcomers to try and cross the border - which is causing some confusion and conflict&nbsp;in border towns like Yuma.

YUMA, Ariz. - Overwhelmed border officials are now releasing dozens of migrants into a rural community in southern Arizona, and it’s leaving local leaders on edge, saying they’re not equipped to handle it.

As the Biden administration starts to focus on immigration reform, it is enticing many newcomers to try and cross the border - which is causing some confusion and a battle in border towns.

Detention facilities are filling up fast in Yuma, Arizona, but strict social-distancing guidelines are now forcing immigration officials to release some migrants into town with a date to appear in court later.

U.S. Customs and Border Protection (CBP) told Fox News in a statement: "CBP has seen a steady increase in border encounters since April 2020, which, aggravated by COVID-19 restrictions and social distancing guidelines, has caused some facilities to reach maximum safe holding capacity. Per longstanding practice, when long-term holding solutions aren’t possible, some migrants will be processed for removal, provided a Notice to Appear, and released into the U.S. to await a future immigration hearing. As the Administration reviews the current immigration process, balancing it against the ongoing pandemic, we will continue to use all current authorities to avoid keeping individuals in a congregate setting for any length of time." 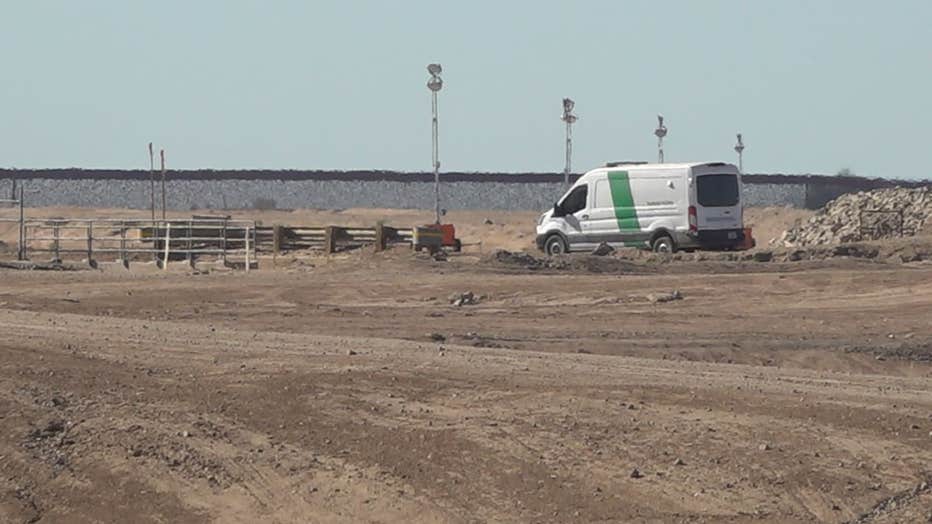 Detention facilities are filling up fast in Yuma County, AZ but strict social distancing guidelines are now forcing immigration officials to release some migrants into town with a date to appear in court later. (Stephanie Bennett/Fox News)

This isn’t the first time the towns have dealt with a sudden increase of people.

Back in 2019, before then-President Donald Trump’s "Remain in Mexico" program, Nicholls said they had to set up a temporary shelter to house new migrants. He says they saw about 5,700 people released into Yuma County in just three months. Since that shelter was only temporary, they no longer have anywhere to house them. 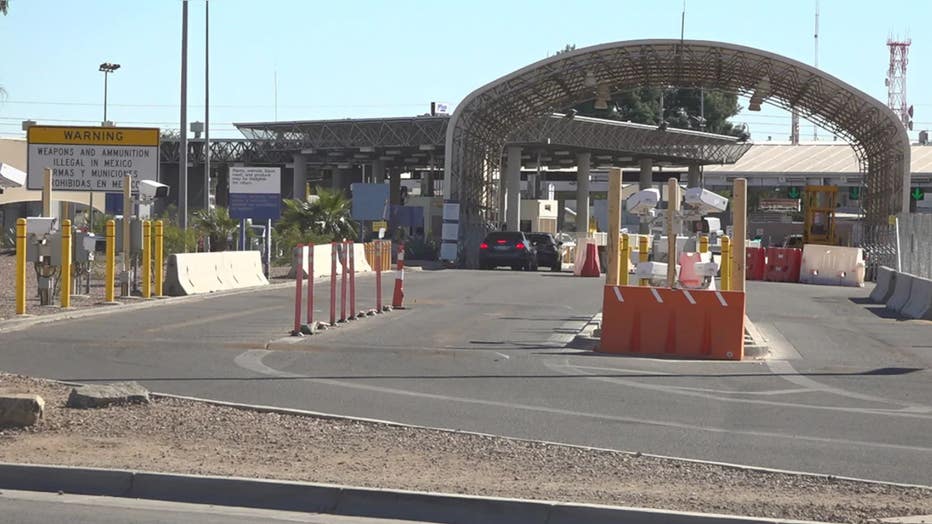 The borders are still closed to non-essential trips because of the pandemic. Essential workers are still allowed to cross including thousands of migrant workers who flock to Yuma this time of year to help harvest lettuce.

The borders are still closed to nonessential trips because of the coronavirus pandemic. So far, only asylum-seekers who are part of the former "Remain in Mexico" program are being processed and are allowed into the U.S. There are about 25,000 people in that program, and they’re notified where to go through a virtual registration process. They're only being processing at ports of entry in San Diego, Brownsville, and soon to be El Paso.

However, the possibility of expanding immigration laws under the new administration and escaping ongoing violence in Central America is encouraging more people to head to our southern borders. The White House said, "The borders are not open, and that this is just the first phase in the administration’s work to reopen access to an orderly asylum process." The Department of Homeland Security (DHS) said people should not make the journey to reach the border.

Nicholls said they should have been consulted further on the changes. "It's kind of mixed feelings. One, it's I can't believe we're here again, kind of response, but two, it’s frustration, because there were changes that were made, there was no outreach to our local community to try to prepare for that, from the administration or even a discussion of how do we react if this happens, there was no consideration," he said. "There were no talks about grants or FEMA being deployed. When you make changes in immigration, the impacts are vast and I believe that we need to take a minute and figure out what are those impacts going to be and how the federal government can respond to those."

Nazanin Ash, vice president of policy and advocacy for the global humanitarian group International Rescue Committee, said processing the "Remain in Mexico" asylum-seekers is a good start but more needs to be done for new migrants and everyone being released. The people being released into Yuma will need help and fast.

"Seeking asylum is not a crime," Ash said. "When they're fleeing violence and persecution, the whole idea of asylum is that it's urgent, your need for safety is urgent."

The group helps provide housing, transportation, legal advice and several other resources to migrants. They even operate a large shelter in Phoenix where many of these newcomers can go. 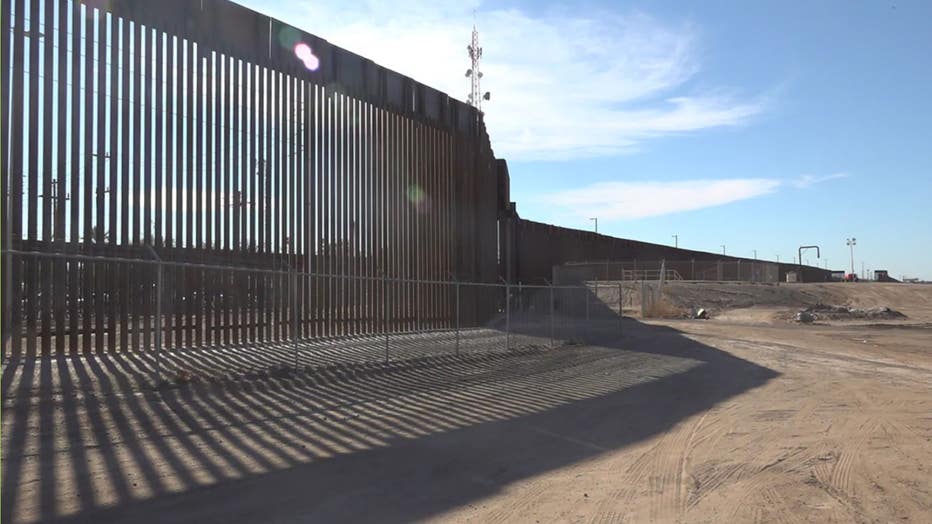 The possibility of expanding immigration laws with the new administration and escaping ongoing violence in Central America is encouraging more people to head to our southern borders.

"So while, places like Yuma are stretched in their capacity to provide, there are other communities in Phoenix and otherwise that have the support services and are ready to receive individuals," Ash said. "Solutions are available, and it's about communication, coordination, joint planning and funding."

Local Yuma officials are currently working with federal officials about the need to transport migrants released into Yuma to larger cities including Phoenix.

"We're ready to partner with local, state and federal officials to ensure that we can safely and humanely process these very vulnerable individuals in a way that, you know, upholds our best values as a nation, upholds our obligations to provide safety for people fleeing violence and persecution, and ensures that communities are safe and aren't, overburdened," Ash said.

Others around town just want things to be handled safely. The Yuma Regional Medical Center is the only hospital for miles and no stranger to helping sick or injured migrants. However, they’re worried about more COVID cases.

"A lot of people do cross the border every day, here, legally and otherwise, for work or for whatever reason," said Dr. Robert Trenschel, president and CEO of Yuma Regional Medical Center. "If people are flying into the country, you need to have a COVID test that's negative, you can walk across the border and nobody needs a COVID test. So, you know, it definitely lends itself to the continued transmission of disease."

The Department of Homeland Security says everyone who is part of the "Remain in Mexico" program will be tested for COVID-19 and other diseases and won’t be allowed to enter the U.S. if they are infected. However, it’s unclear if people outside of that program and are crossing daily will be tested for infection.

"It'll certainly have an impact on us, because either people will be bringing in new cases of COVID, or a potentially new variant, or they'll just, you know, be infected with COVID themselves and infect individuals who haven't been infected here yet, or who haven't been able to get the vaccine yet, because the vaccine supply for this area has been very, very slow and it would definitely have an adverse impact," Trenschel said.

Nicholls said this isn’t just an issue in Yuma -- it’s a national problem. He’s working with state and federal officials, as well as others to come up with a plan for new arrivals.