PHOENIX - The Phoenix Suns have officially agreed to a multi-year contract extension for Monty Williams, the NBA’s Coach of the Year last season after leading the franchise to a team-record 64 wins in the regular season.

The team announced the extension on July 27. No other contract details were given.

Williams, 50, has led a quick turnaround in three seasons with the Suns, taking them to the NBA Finals in 2021 where they lost in six games to the Milwaukee Bucks. It was the first time the franchise had been to the Finals since 1993. They were the No. 1 seed in the Western Conference last season but fell in the second round to the Dallas Mavericks.

"I’m grateful to extend my commitment to this team and to all the people who make it a special place," Williams said in a statement. "Our players put in the work every day that allows us to be successful, and I’m excited to continue this journey with them."

Williams was 34-39 in his first season with the Suns, but the team built momentum down the stretch, winning their final eight regular-season games in the NBA’s Florida bubble that was needed because of the COVID-19 pandemic.

The Suns then added star point guard Chris Paul, paired him with young scorer Devin Booker in the backcourt, and quickly built a high-scoring, high-energy team that’s been among the NBA’s best. Since entering the Florida bubble, the Suns have a 123-39 record during regular-season games. 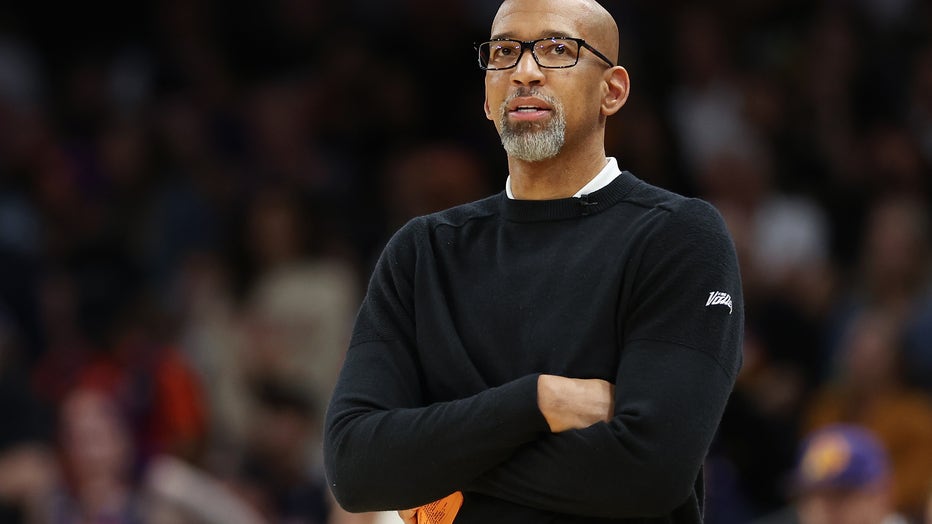 PHOENIX, ARIZONA - MAY 15: Head coach Monty Williams of the Phoenix Suns reacts during the first half of Game Seven of the Western Conference Second Round NBA Playoffs at Footprint Center on May 15, 2022 in Phoenix, Arizona. The Mavericks defeated th