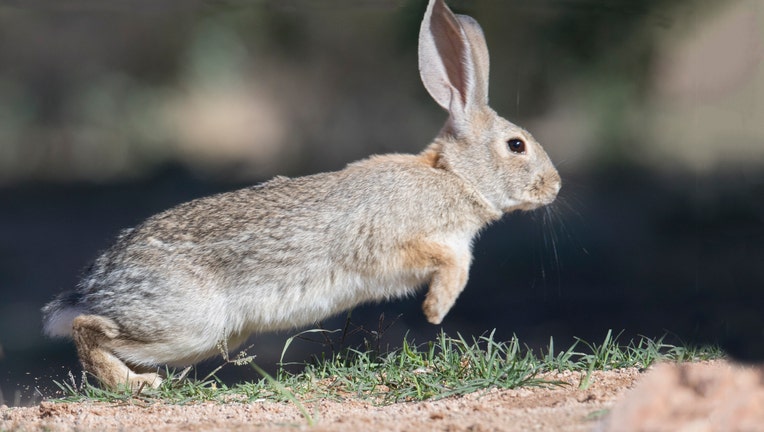 LAKE HAVASU CITY, Ariz. - Arizona wildlife officials are issuing a warning about the potential spread of a virus that kills rabbits.

For rabbits, the disease can be a painful and sudden killer. Experts say rabbits afflicted with an acute form of it die within 12 to 36 hours from the onset of a fever. Symptoms include lethargy, weight loss and jaundice. RHDV2 causes infected cottontail rabbits to bleed from their nose and mouth because of internal hemorrhaging.

Dr. Anne Justice-Allen, a veterinarian with the agency, said the virus started in New Mexico two months ago. Officials have seen instances of it in Cochise County, Tucson and Flagstaff since then.

AZGFD officials stated the virus is not related to coronavirus; it is a calicivirus. Infection with this virus is associated with a high mortality rate and it is quite contagious. The virus can survive in the environment for an extended period of time.

It could be a matter of a few months before it reaches Lake Havasu City, Justice-Allen said.

“There will likely be a pretty significant decrease in the rabbit populations as this disease spreads, but hopefully it will be limited to southeastern Arizona,” said Justice-Allen. “Eventually the rabbits will develop a level of immunity to the virus and the populations will recover. The Department recommends burying dead rabbits to reduce the risk of disease transmission.”

The disease can spread through an infected rabbit's blood or excretions, according to the U.S. Department of Agriculture. It can also live on carcasses, food, water or any contaminated materials. While it doesn't affect people, it can be spread via clothing and shoes.

The public should look out for any wild jackrabbits or cottontails that seem in distress. To report the disease in wildlife, call AZGFD at 623-236-7201.

AZGFD says a vaccine for RHDV2 is not currently available in the United States.

"Rabbit owners should practice good biosecurity measures to protect their animals from this disease, such as washing your hands before and after working with rabbits and not sharing equipment with other owners. Rabbit owners should also avoid contact with wild or feral rabbits."