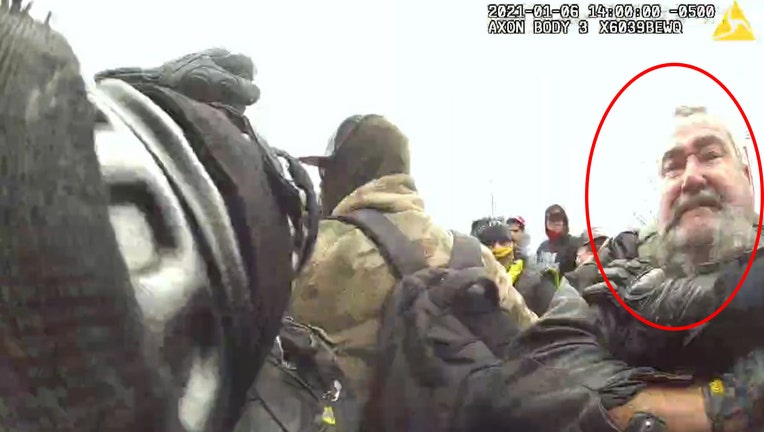 PHOENIX - Officials with the U.S. Attorney's Office say they have arrested a man who lives in southeastern Arizona in connection with what he did during the deadly 2021 insurrection at the U.S. Capitol.

According to a statement released on March 15, officials identified the man they arrested as 50-year-old Jacob Zerkle of Bowie, Ariz.

Bowie is a Cochise County town that is located along Interstate 10. The town is about 27 miles away from the Arizona-New Mexico State Line.

Zerkle, according to officials with the U.S. Attorney's Office, was arrested in Tucson. They allege that Zerkle was physically engaged on the West Lawn of the U.S. Capitol with multiple officers from the Metropolitan Police Department. At the time of the incident, the officers were trying to provide reinforcement to law enforcements, as the riot was underway.

According to court documents uploaded to the Justice Department website, Zerkle is accused of committing a number of criminal offenses, including:

In court documents, investigators said they first approached Zerkle in October 2021 outside of his home. At the time, Zerkle stated that on or around Jan. 2, 2021, he and a family member drove to Washington D.C. from Arizona to protest the election.

"Zerkle stated that he did not attend former President Trump’s speech because he went to the Capitol to protest, not to listen to speeches," read a portion of the court documents.

Investigators said when they showed still photos taken from body camera footages of the riot, Zerkle identified himself in the photographs.

"Zerkle stated that he pushed into some police officers and that he probably did something dumb. Zerkle also said that he was shoved into the police and was trying to protect himself but did not intend to assault a police officer," read a portion of the court documents.

According to a March 9, 2022 article by the Associated Press, more than 775 people have been arrested across the country since the Jan. 6 attacks. Besides Zerkle, a number of current and former Arizonans have been indicted or sentenced to prison time in connection with the insurrection, including Edward Vallejo, who is charged with seditious conspiracy along with other members of the far-right Oath Keepers militia group, Jacob Chansley, also known as the so-called "QAnon Shaman" and sentenced to more than 3 years in prison in Nov. 2021, and Klete Keller, an ex-Olympian with ties to Arizona who pleaded guilty to obstructing an official proceeding in Sept. 2021.