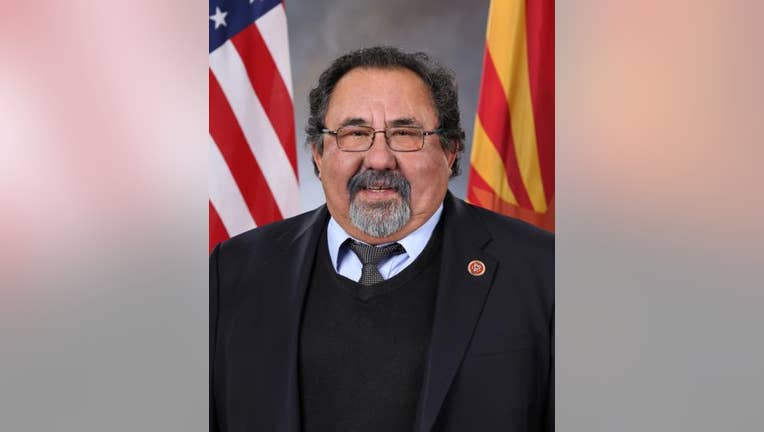 SUPERIOR, Ariz. - U.S. Rep. Raul Grijalva has introduced a bill to keep the U.S. Forest Service from turning over land in Arizona for a massive copper mine.

The parcel of land in the Tonto National Forest east of Phoenix was set to be transferred to Resolution Copper this week. But the Biden administration recently pulled back an environmental review that cleared the way for the land exchange so it could further consult with Native American tribes.

The land transfer was included as a last-minute provision in a must-pass defense bill in 2014 after it failed for years as stand-alone legislation. Resolution Copper would get 3.75 square miles (9.71 square kilometers) of national forest land in exchange for eight parcels it owns elsewhere in Arizona.

Located 70-miles east of Phoenix is the town of Superior, and what one day will be the largest most productive copper mine in the United States. FOX 10's John Hook reports. (2016)

Grijalva’s bill introduced on March 15 seeks to repeal that provision. The Democrat from Arizona has introduced similar bills in the past. It has no Republican co-sponsors.

The land known as Oak Flat is sacred to Native Americans, including the San Carlos Apache Tribe. At least three lawsuits against the Forest Service have raised concern over religious freedom rights, land ownership and violations of federal law.

Resolution Copper, a joint venture of global mining companies Rio Tinto and BHP, said it has invested $2 billion so far in the project. Mining wouldn’t start for several years after the land transfer.

In a statement Monday, the company said it recognizes the importance of the federal government’s ongoing review and consultation with tribes and community members and is complying with the process that Congress outlined.