PD: Armed robbery suspect took his own life before confrontation with police

A man accused of armed robbery reportedly took his own life on Loop 202 moments before authorities made contact with him.

Events unfolded on Loop 202 at the Broadway Road on-ramp around 3:30 p.m., said Mesa Police Sgt. Chuck Trapani, as undercover detectives were conducting surveillance on the suspect.

"During the surveillance operation the suspect was driving a white Chevrolet pick-up truck. While driving eastbound on Broadway Road the suspect exited Broadway onto the southbound on ramp of the Loop 202 Freeway in Mesa," Trapani said.

That's when the suspect stopped, got out of his truck and reportedly tried to carjack a driver in a sedan who was on the on ramp.

"The suspect was unsuccessful with the carjacking and quickly returned to his truck. At that time Mesa Police undercover detectives with the assistance from members of the U.S. Marshal’s Office Fugitive Task Force contained the suspect’s vehicle with their vehicles," Trapani said. 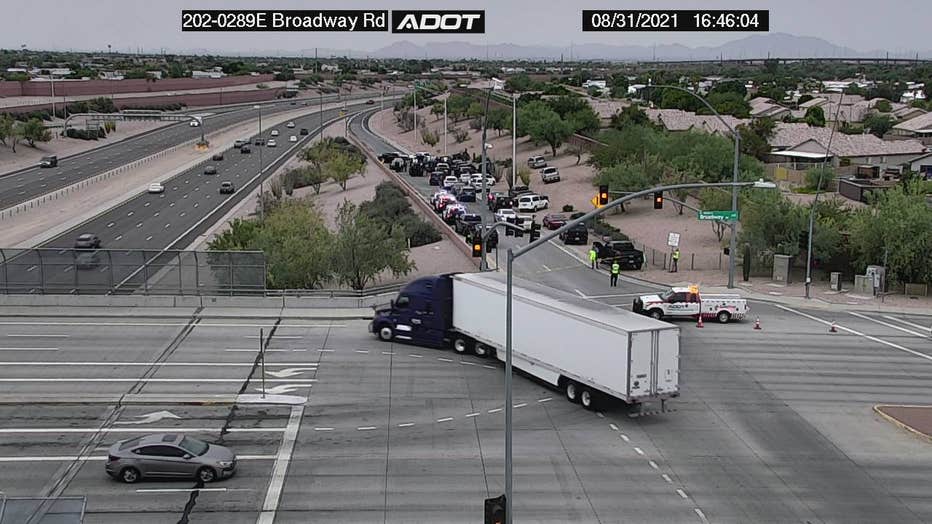 When authorities surrounded the suspect's vehicle to take him into custody, he was found unresponsive inside. The Mesa Fire and Medical Department responded to the scene and pronounced him dead.

"Upon further investigation into yesterday's incident at the Loop 202 Freeway and Broadway Road in Mesa, it was determined by Mesa Police investigators that the suspect took his own life by shooting himself with a handgun inside of the truck he was driving moments before police made contact with him," Mesa Police said on Sept. 1. "The handgun was located in his lap."

During their initial investigation, police said no officers opened fire on the suspect during the incident.

Police identified the suspect on Wednesday as 26-year-old Dakota Black, a Mesa resident.