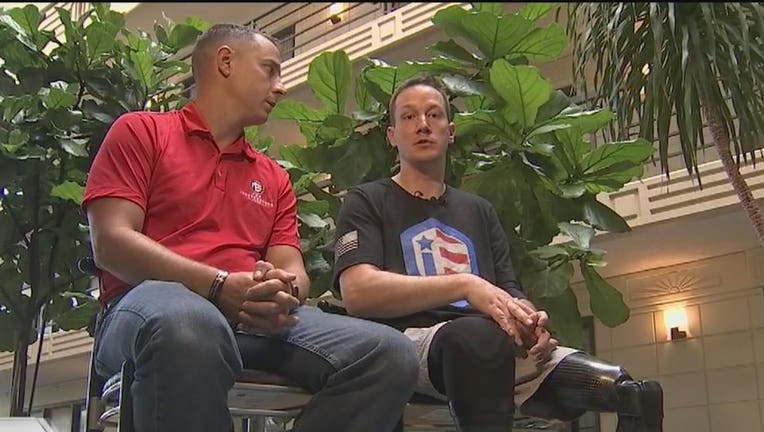 PHOENIX - A U.S. Army veteran and double-amputee from Mesa will soon be getting the gift of mobility. At tonight's Florida Georgia Line concert in Phoenix, the band will be presenting an all-terrain wheelchair to the veteran.

U.S. Army veteran Brent Bretz says a part of his has been missing since his attack in Iraq because he hasn't been able to do as much in the outdoors. But at the Florida Georiga Line concert, that's all going to change.

Bretz as a U.S. Army veteran. The Mesa native served as a sniper when he was in Mosul, Iraq. In 2004, an IED struck Bretz's vehicle and it caused major wounds and lead to the amputation of both of his legs.

"I woke up in a hospital after being in a coma for three weeks, so I had a lot of apprehension and thought I would have to have a caregiver until I saw some other veterans that said it is possible to go out and do all kinds of stuff," Bretz said.

Now, he gives back to other veterans. And the Independence Fund, a national nonprofit assisting wounded veterans, heard his story and wanted to help.

"We get to meet heroes and guys who sacrificed a lot in the name of our country," said Jeremy Davis, COO of the Independence Fund. "[We] give them one of those chairs and get them off the pavement."

The Independence Fund teamed up with Country music band Florida Georiga Line to present Brent with a wheelchair. It costs $16,000 and will allow Bretz to be active and do things like camp and hunt. Bretz already has a plan for what he's going to do.

"I [have] a buddy that was a special forces operator that loves to go hunting," Bretz said. "I think I'm going to call him up and be like, 'Hey, let's go hunt.'"