GOODYEAR, Ariz. - An 18-year-old man is accused of starting a small brush fire in Goodyear on April 22, officials said.

Police arrested William Paci for "reckless burning," which is a misdemeanor, but did not disclose how he allegedly sparked the flames.

The fire broke out in a dry river bed, causing Estrella Parkway to close both directions between MC-85 and Vineyard Road. The roads have since reopened.

No buildings were threatened in the fire. 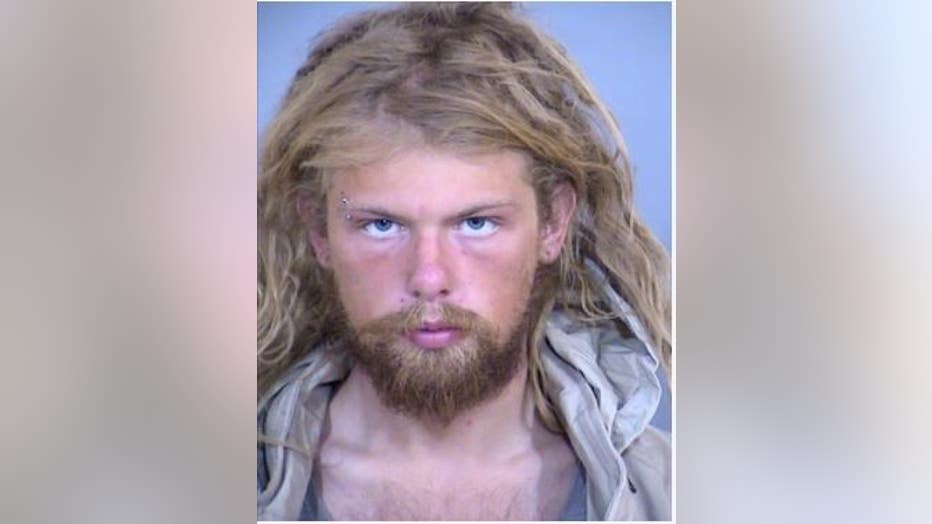 The brush fire has resulted in the closure of Estrella Parkway in both directions between NC-85 and Vineyard Road on April 22.