Pro-life and pro-choice protestors came to the Arizona State Capitol Tuesday night after a draft was leaked of a Supreme Court decision that could end federal abortion protections. FOX 10's Marissa Sarbak reports.

PHOENIX - There were some very heated moments outside the Arizona State Capitol on May 3, as hundreds of pro-choice and pro-life protesters gathered at the capitol.

The protests were organized in response to a leaked draft opinion in which a majority of United States Supreme Court justices voted to strike down two previous court rulings that paved the way for legalized abortions across the United States.

The leaked draft, published late Monday by Politico, is a 98-page opinion in Dobbs v. Jackson Women's Health Organization, which challenged the constitutionality of the Mississippi bill that banned abortion after 15 weeks. If the decision stands as written, it would also overturn Planned Parenthood v. Casey, a 1992 decision that protected abortion services even though it allowed states to add some limitations.

"Roe was egregiously wrong from the start," the draft opinion states. It was signed by Justice Samuel Alito, a member of the court's 6-3 conservative majority. According to Politico, four other justices -- Clarence Thomas, Neil Gorsuch, Brett Kavanaugh and Amy Coney Barrett -- have agreed with the opinion.

Also Read: Roe v. Wade: What you need to know about a key abortion ruling that the Supreme Court looks poised to overturn

The draft opinion was written in February, and the language could change before the court issues its final ruling. As written, it would give states the power to decide the legality of abortion. Roughly half, largely in the South and Midwest, are likely to quickly ban abortion.

How could Arizona be affected by the ruling

If the Supreme Court votes as explicitly explained in the leaked draft, the ruling would bring the issue of abortion back to the states.

Also Read: This is where abortion will likely be illegal if Roe v. Wade is overturned

The high court's Roe v. Wade decision trumped Arizona state ban on abortion. Should Roe v. Wade be struck down, it would mean that in almost all cases, a woman would not be legally allowed to get an abortion in Arizona.

Meanwhile, those in favor of overturning Roe v. Wade are sticking to their message.

"We wanted to be a presence. We wanted to show that the other half of America that exists: the silent majority that stands for life," said one pro-life protester. 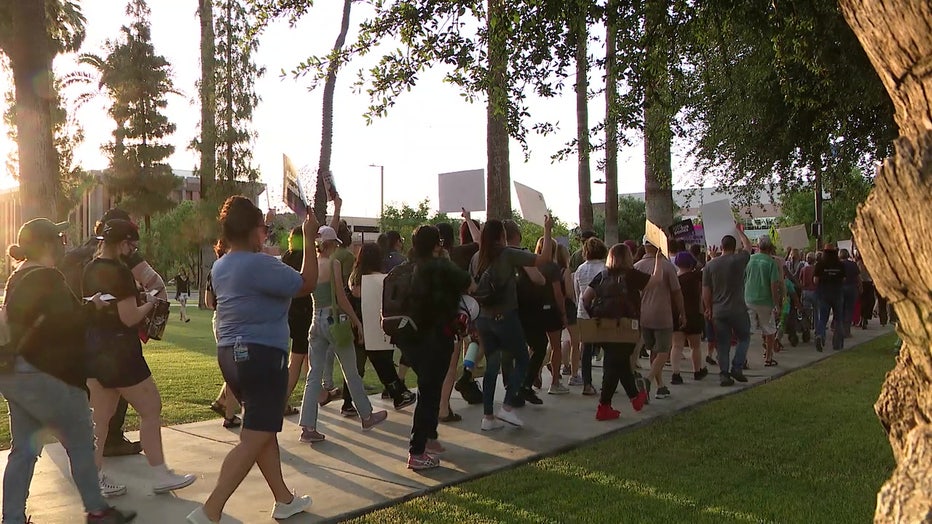 While most of those rallying at the State Capitol were pro-choice, when we spoke with a group of pro-life protesters, the sides began to clash.

The victim involved in the reported attack was seen with blood running down his face.

"He grabbed my sign, then I walked up to him to grab it back, and he hit me," he said.

According to officials with the Arizona Department of Public Safety, troopers arrested two men. One of the men arrested, identified as 33-year-old Matthew Graham, is accused of assault and offense against Public Order.

In court documents, officials state that Graham, who was wearing a white shirt at the time of the incident, swung at another man. Officers later detained multiple suspects, including Graham.

The other man, identified in court documents as 20-year-old Jace Robert Denis, was initially accused of misdemeanor disorderly conduct. On May 4, we learned that a judge, having found no probable cause for the accusations against Denis, has dropped the charge that he was facing.

According to previous information provided by officials, Denis was detained after he was seen running after Graham in an aggressive manner. Denis later told officials that he was punched in the face by Graham. 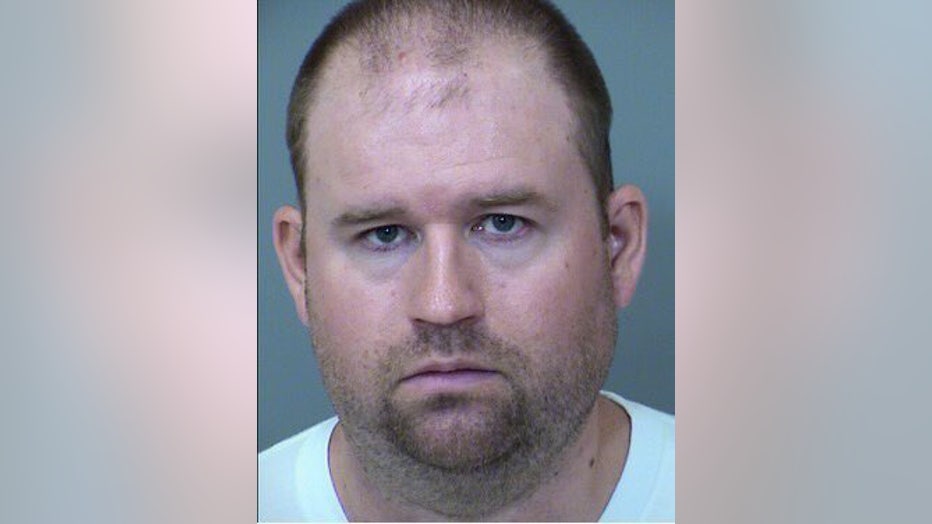