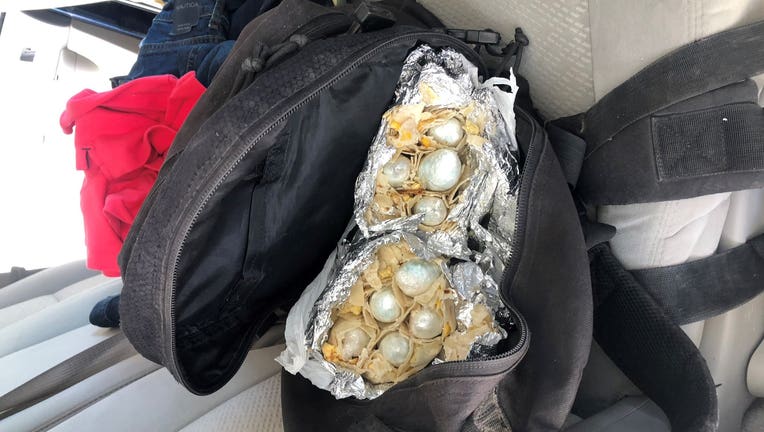 YUMA, Ariz. - A Border Patrol K-9 sniffed out several packages of fentanyl pills that were hidden inside burritos at a checkpoint near the Arizona-Mexico border.

U.S. Customs and Border Protection says the fentanyl-stuffed burritos were found on March 29 at the Highway 78 immigration checkpoint near Yuma.

While the vehicle was pulled over at the checkpoint, the K-9 alerted agents to a black backpack that contained several small packages of fentanyl pills hidden inside breakfast burritos.

The packages of fentanyl weighed just over 5 pounds with an estimated street value of nearly $60,000.

The 37-year-old driver of the Tahoe was taken into custody.

"Smugglers are under the false assumption that they can disguise drugs within food to throw off canines and their handlers," officials said in a statement. "On the contrary, canines have the ability to detect a target odor among a myriad of other odors.