Chandler bus driver pulled over, arrested while driving bus with students on board

According to police, an officer saw the bus driver run a red light just before 2:30 p.m. on Aug. 26 at the intersection of Queen Creek and Arizona Avenue.

The officer tried to pull over the bus near Arizona Avenue and Germann Road, however, the driver did not stop and continued northbound.

"At a red light at the 202 Freeway, the officer approached the bus and contacted the driver in person, advising him to pull to the right and stop," police said in a statement. "When the traffic light turned green, the bus driver continued north on Arizona Avenue."

At Frye Road, a second officer got in front of the bus, forcing the driver to stop.

Video sent to FOX 10 by a viewer showed police conducting a field sobriety test on the driver, identified as 52-year-old Bryan Diel. 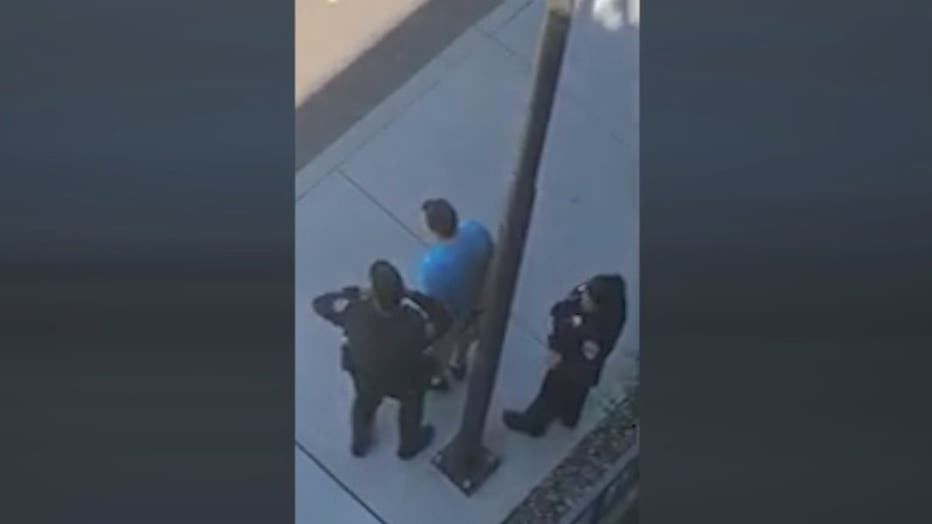 Bryan Diel, 52, was pulled over by Chandler Police while he was driving a bus that was carrying nine students from Hamilton High School. A backup driver was dispatched to the scene to transport the children. Diel is accused of DUI.

The driver, identified as 52-year-old Bryan Diel, was pulled over by Chandler Police while he was driving a bus that was carrying nine students from Hamilton High School.

Diel was arrested and transported to a nearby hospital. He is accused of aggravated driving and failure to stop.

Chandler Unified School District superintendent Terry Locke said Diel, who will be placed on administrative leave, was hired as a bus driver on June 12, 2014.