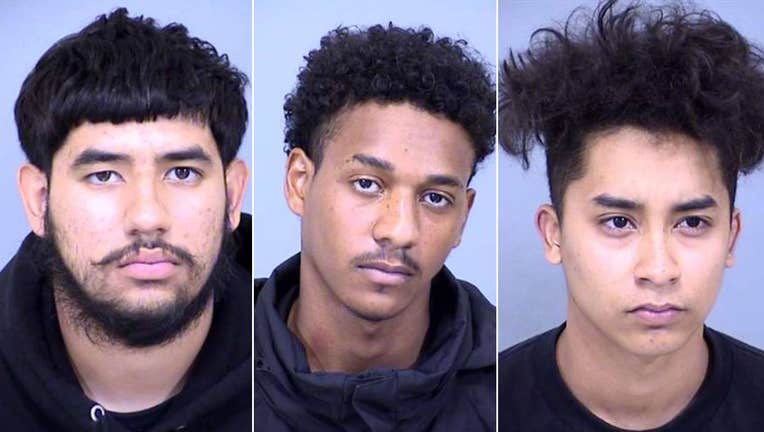 PHOENIX - Four people have been taken into custody after shots were fired at Arizona Department of Public Safety troopers in Phoenix, officials said on Feb. 17.

According to DPS, a trooper responded to an area just after midnight near southbound Interstate 17 to westbound I-10 for reports of a pedestrian in the road.

The pedestrian, identified as 18-year-old Lorenzo J. Munoz, was combative towards the trooper but was eventually taken into custody.

After taking Munoz into custody, multiple shots were fired from a nearby industrial area, striking a trooper's vehicle.

With the assistance of Phoenix Police, three suspects believed to be involved in the shooting were taken into custody near 25th Avenue and Holly.

No troopers were injured.

Mugshots were released of all the suspects, besides Munoz.

DPS: 3 taken into custody after shots fired at troopers 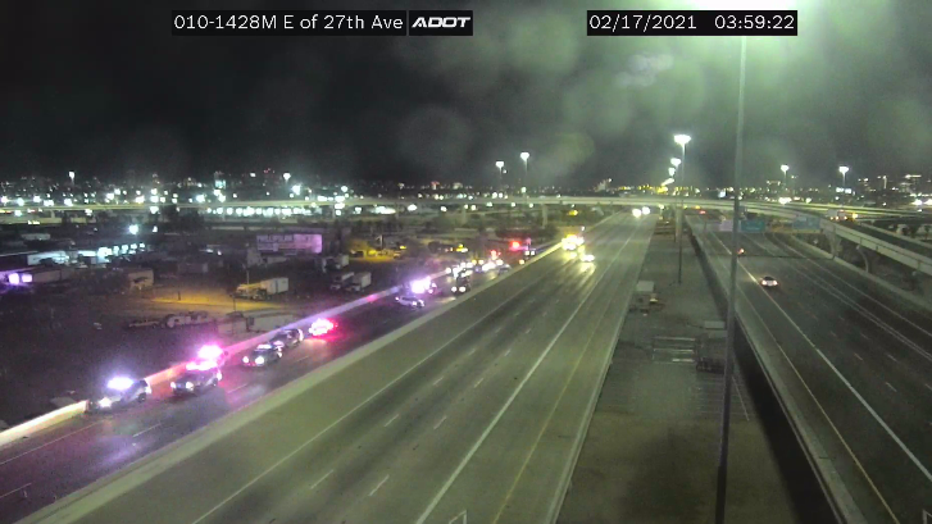