"We can't have a defeatist fighting for our nation's border security. It's time for Sec. Mayorkas to resign, and he needs to be replaced with someone who will tell the truth publicly & stand up to the radical activists inside the Biden-Harris administration," Ducey tweeted Friday after Fox News first reported on the leaked audio.

"Unlike Secretary Mayorkas, Arizonans understand that strong borders are essential to public safety and national security. The Biden-Harris administration’s record of failure on this issue has led to this moment. President Joe Biden and Vice President Kamala Harris, through their words and their actions, have signaled to the world that America’s southern border is wide open and unprotected," Ducey added in a press release.

His call comes after Mayorkas spoke privately with Border Patrol agents in Texas and said the border crisis is "unsustainable" and the federal government's system was not designed to handle such an influx of migrants. He also added he was "very well" aware that the sector recently came close to "breaking."

"A couple of days ago I was down in Mexico, and I said look, you know, if, if our borders are the first line of defense, we're going to lose and this is unsustainable," Mayorkas added, according to the audio obtained by Fox News' Bill Melugin through a Border Patrol source. "We can't continue like this, our people in the field cant continue and our system isn't built for it."

The Department of Homeland Security did not immediately respond to Fox News’s request for response to Ducey’s call for Mayorkas to resign.

This isn’t the first time an elected official has called on Mayorkas to step down, with Sen. Lindsey Graham saying back in March that "it is time for DHS Secretary Mayorkas to change course or change jobs" unless border policies changed to solve the crisis.

The border crisis has continued since then, however, with Mayorkas announcing on Thursday that migrant encounters increased by 13% in July. There were 212,672 encounters that month compared to June’s 188,000 migrant encounters. Under the Trump administration in July of last year, there were just 40,929 encounters. 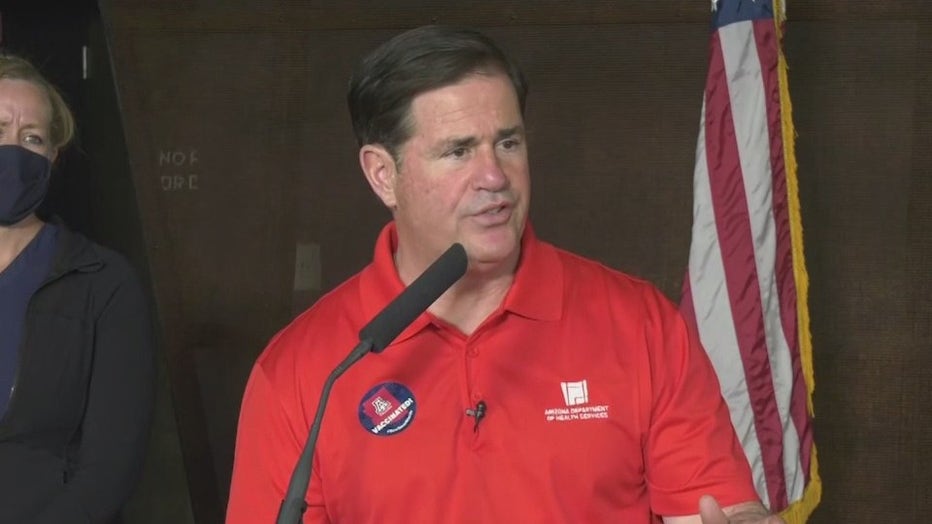