In a powerful tribute, the 19 Granite Mountain Hotshots who were killed while fighting the Yarnell Fire in 2013 are honored with a new memorial. FOX 10's Jennifer Martinez reports.

PHOENIX - On Saturday, the lone survivor of the Yarnell Fire in 2013 took part in a service for the 19 members of the Granite Mountain Hotshots who died while fighting the fire.

The event also unveiled a new, powerful tribute to the fallen.

Officials wanted to honor the 19 hotshots by remembering the people they were before that deadly day. That image, now nine feet of steel, shows the brotherhood and love the Granite Mountain Hotshots had for one another, and their job. 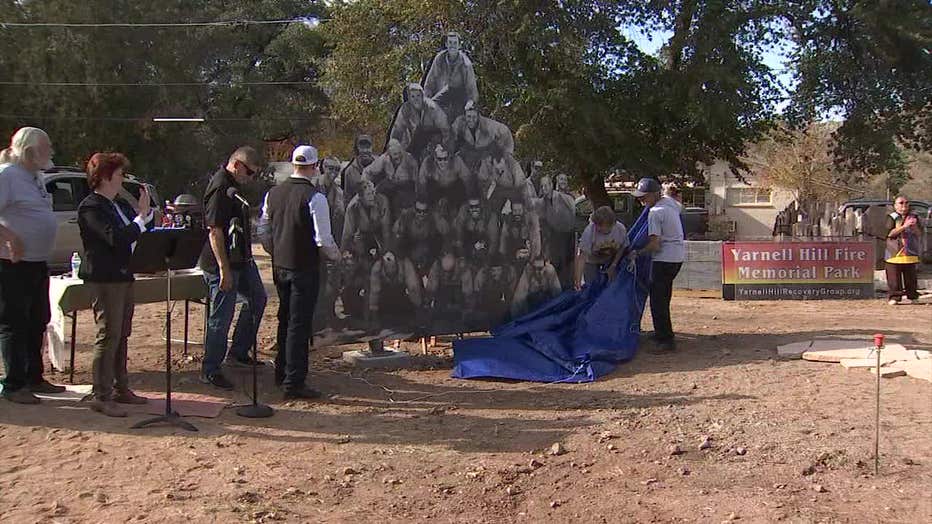 "It was an overwhelming sense of pride to have known them, and to be here today to be a part of such a moving tribute," said Brendan McDonough.

The memorial is the centerpiece of the Yarnell Hill Fire Memorial Park.

"Today is a very powerful, memorable moment to see my brothers honored like this, and to see how they will forever be remembered by the community," said McDonough.

The memorial was made from the last image of the Granite Mountain Hotshots together. The memorial embodies more than what was lost during the deadly Yarnell Fire. 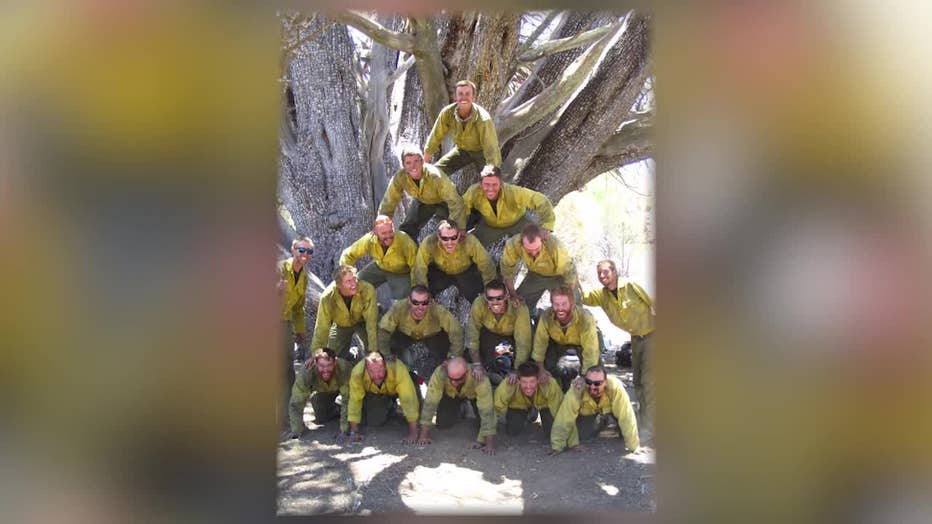 "It shows the hotshots vibrant, enthusiastic, life-filled young men, and that's how we want to remember them," said McDonough.

McDonough says it captures love, brotherhood and the task at hand.

"Just being able to have that moment of happiness that we had at the fire, and the accomplishment of being able to save that tree and fight for our community," said McDonough. "It was a powerful moment, and to see it up there with all 20 of us is something special."