Family of Jubi Monsif still have questions over his death

As they continue to grieve, loved ones of Najib "Jubi" Monsif, a Scottsdale man with autism whose remains were found at a canal pump station in Mesa say they still have questions over his death, and want investigators to look harder for answers. FOX 10's Justin Lum reports.

SCOTTSDALE, Ariz. - We are hearing from the father of a 20-year-old Scottsdale man who went missing for nearly three months before his remains were found at a canal pump station in Mesa.

FOX 10 reported on the discovery of Najib "Jubi" Monsif's remains on Dec. 14. Jubi, according to police, had Autism and was reported missing on Sept. 23. An employee at the pump station near Loop 202 Red Mountain Freeway and Power Road - nearly 11 miles from Jubi's home - discovered the remains and notified police.

"His remains were extremely decomposed. Skeletonized for the most part," said Scottsdale Police Detective John Heinzelman.

Forensic analysis have matched the remains' DNA to Jubi, and toxicology results are pending.

According to Det. Heinzelman, Jubi may have snuck through a fence onto Central Arizona Project (CAP) property near the canal.

"It is possible that he could have worked his way between these two fence gates and been able to access the CAP property," Heinzelman said.

Investigators say Jubi died within hours of his disappearance, during the early morning hours of Sept. 23. According to investigators, a pathologist could not determine any signs of foul play. 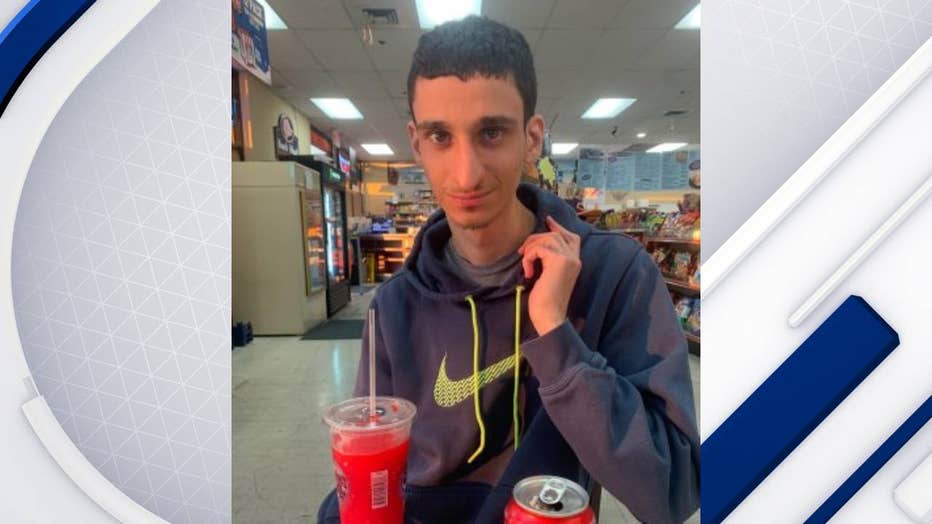 On Dec. 20, just two days before Jubi would have turned 21, members of his family spoke out as they continue to mourn his passing.

"It takes a very special person to be the glue that holds the whole family together for their whole life, and Jubi was very much that," said Jubi's sister, Josephine Monsif.

"It's been three months. We could kind of prepare, but you can never be prepared for this nightmare," said Jubi's father, Najib Monsif Sr.

Josephine said crews focused on the canal where Jubi was ultimately found, using a helicopter within the first week Jubi went missing.

"Three months later, with no evidence of anything, how do you get from that there's no foul play and that he himself put himself in there? That just sounds like convenience to us," said Josephine.

Jubi's loved ones also question police's statement that there are no signs of foul play. They want a harder look.

"'Cause there's nothing to examine," said Josephine.

Investigators say search dogs tracked Jubi's scent to a nearby Albertson's in Scottsdale, but there are still no surveillance images of Jubi.

"If he did walk to that Albertson's from my father's house, there's no video footage of him walking there," said Josephine.

Investigators confirm there is no surveillance images of Jubi.

"There's so many gaps," said Najib. "We'd like to have some serious investigation. Some people who will go under the water, see if there's any evidence."

Members of Jubi's family say they will call on Arizona Attorney General Mark Brnovich to launch an investigation.

"Nothing is gonna change in our case," said Najib. "Our misery is there, now that Jubi's not gonna come back, but we don't want any other case similar to Jubi."

We have reached out to Scottsdale Police officials with specific questions, but we have not heard back.

The Scottsdale Police Department offered clarity on the questions Jubi's family has, as well as details surrounding the search.

Q: Is it strictly a theory that Jubi went between fenced gates at the CAP property to get to the CAP canal?

A: There was a gap between the two gates at Via Linda that would allow a person of his size to pass between them.  A larger person would not be able to get through.  It is our theory that he entered the canal property at that location.

Q: Are there not surveillance cameras around that property capturing him on video?

A: A video canvas was done in the neighborhood and there are no cameras in the area or that capture that area.

Q: Are there surveillance images of Jubi at the Albertson’s?

A: There are no captured images of Jubi on any video footage from any private home or business surveillance cameras.

Q: To say there are no current signs of foul play, is that correct when Jubi’s remains were so decomposed?

A: There were no obvious signs of foul play.  That does not mean there was unequivocally no foul play, but we have no evidence to suggest there was.

Q: Will there be further examination?

A: There are still a few things we have to complete but the majority of the investigation is done.

Q: Several resources were used in the search within the first week of his disappearance including a helicopter. Was there any dive team assigned to the canal by his home?

A: We had no evidence to suggest he was in the canal and we did not know where he went in the water if, in fact, he did. We consulted with the Phoenix Police Department dive team. The dive team told us they can only search small areas due to poor underwater visibility and it is not possible to search the entire length of the canal.

Q: Should the helicopter view be able to see a body above or underwater?

A: The canal was searched by air by helicopter and drone several times with no success.  We were told they should have been able to see him if he was near the surface of the canal water in the canal.