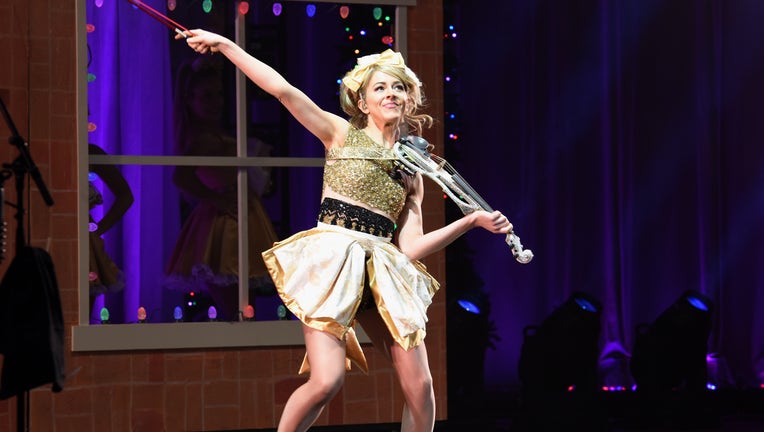 PHOENIX - A Gilbert-raised musical talent who has achieved worldwide celebrity is returning to the Phoenix area for the opening up of the new Bell Bank Park in Mesa.

"I'm super excited for bringing the dancers, the band, the costumes, the sparkles, all the fun things, and of course, the violins," said Lindsey Stirling. "I'm excited. It'll be my first show of the year."

Stirling is a violinist, songwriter, and dancer. Many people know her for her artistic skills and her own spin on the violin, but to many Arizonans, she is known as a local.

Stirling went to Mesquite High School, and ate at Higley Hot Dog with friends. It's those friends she's excited to see at her upcoming performance.

"My mom comes out, and my friends from high school, who I'm still super close with, they all come out," said Stirling. "It's really special to look out in the crowd and look into the eyes of your friends. That's really rare as a performer."

Stirling's love for the violin started at an early age. Nowadays, she is famous for playing a variety of music styles, from classical to pop, rock and electric dance music, but the idea of playing the way she does wasn't always the most popular.

"I think when I first started it was interesting, that I was told over and over again that it was too far outside the box, and there just was no place for it, you know," said Stirling. "Then, with the emergence of social media, the internet, and I started just putting things out there, and suddenly, the narrative changed from 'being different is bad' to 'wow.' The difference is really a great way to get your stuff across on social media, and it became my best asset, in a way."

It became -- and still is -- an asset for her. Sterling found another way to further connect with fans using different platforms. She now adds them into her videos, allowing them to be a part of her journey. The popularity of it proved to be successful, with her having close to 2 million followers on Instagram and 3.2 million on TikTok.

Stirling plans to continue writing, playing and touring all while helping other artists. She now has her very own violin collection for sale. For anyone else chasing their dreams that may seem a bit different for some, Stirling says keep chasing.

"I would say the reason I've been successful, honestly, is persistence," said Stirling. "I just refuse to give up. It's that I refuse to listen when people said I wasn't good enough. I wasn't enough, and this wasn't just in the beginning. This is still the same thing that keeps me relevant today, is that I just refuse to give up. Honestly, entertainment is the survival of the fittest. It's the people who just keep going on, so if you feel like you're not, you know, getting where you want to be, just keep going. If you just keep at it, you will outlast all the people to give up."

Stirling is set to perform at Bell Bank Park on the night of Feb. 4.