A woman and a teenager are dead and multiple people are injured, including three young children, following a multi-vehicle crash at a Phoenix intersection on July 5.

PHOENIX - A woman and a teenager are dead and multiple people are injured, including three young children, following a multi-vehicle crash at a Phoenix intersection on July 5.

According to the Phoenix Police Department, the crash happened just after midnight at 37th and Grand avenues.

"Detectives have learned that there was a non-injury collision in the area of Grand Avenue and 37th Avenue and the first vehicle attempted to avoid the collision when he swerved and struck the back of a second vehicle," police said in a statement.

The impact of this collision caused the second vehicle to drive into oncoming traffic. The vehicle then collided with a third vehicle.

Two people were pronounced dead at the scene. They've been identified as Lucy Barragan, 51, and her grandson, Alonso Barragan, 17. 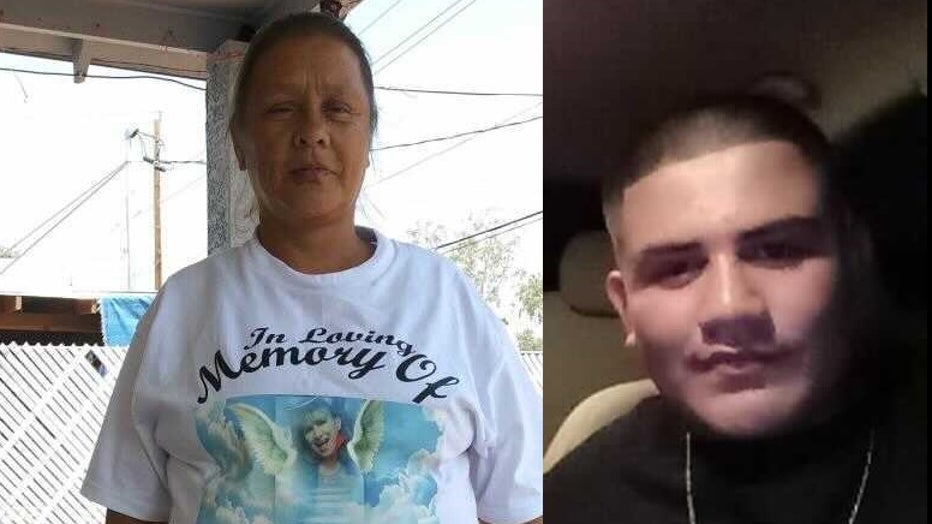 Six people were also injured in the crash, including three children.

Police say the driver of the first vehicle displayed symptoms of impairment. He was cited and released.

"Any additional charges will occur after all evidence is processed and the collision is reconstructed," police said.

A family is left reeling after the crash

In an instant, sisters Michelle Barragan and Leticia Cervantes lost their mom and nephew.

Lucy was the person loved ones always counted on, Michelle says, adding, "You know it sucks ‘cause I won’t get a phone call from mom and that hurts, that hurts a lot."

Leticia, his aunt, described him as, "respectful, loving, he had a big heart."

Her older sister Annette survived the crash but is in critical condition and her 6-year-old nephew is also in the hospital but will be OK.

"To be honest, my sister's gonna be mentally and physically broken so we just gotta be strong and be there for her as much as we can 'cause I know my sister's gonna suffer 'cause she lost a son and her mom," Leticia said.

To donate to the GoFundMe, visit this link https://gofund.me/1a4e0a48