Family traumatized after losing mother, her 5 children in Arizona crash

A mother and her 5 children were killed in Arizona on I-10 after a big-rig rear ended their car. They were headed to California for the July 4th weekend. Now, family is hoping to raise money to send them home one more time.

TONOPAH, Ariz. - The Department of Public Safety is investigating a deadly crash that killed a mother and her five children who were heading to California for the July 4th weekend.

DPS officials say the crash involving three vehicles happened on the eastbound lanes of I-10 at milepost 82 on July 2 at 1:21 p.m.

"The force of the impact split the Nissan passenger vehicle in half."

"A tractor-trailer was eastbound in the #2 lane when for an unknown reason, it rear-ended a Nissan Altima with five people onboard. The force of the impact split the Nissan passenger vehicle in half," said stated DPS' Bart Graves.

FOX 10 learned that six people are dead as a result of the crash.

Graves says the tractor-trailer continued to head eastbound before striking an SUV.

The driver of the tractor-trailer was not injured.

A mother and her 5 children killed

Moffett was taking her children to California to celebrate the July 4th weekend when they were killed. She moved to Arizona from Michigan two years ago to pursue her dreams.

Kwame Delbridge, her brother and uncle to her children, said the whole family is traumatized by what happened.

"We're hurting very bad right now. We really don't even know what to do right now," he said. Delbridge was supposed to also go on the trip but couldn't last minute.

On FaceTime was the last time he saw his family members while they wished him a happy birthday. Less than three hours later, the crash happened.

"I got to see their faces … my nephew was the one who called me, the oldest. They were all smiling, wishing me a happy birthday. They actually wanted me to come with them to California but I couldn't. I was just, you know, telling them have a good time for me. You know, when they got back we were supposed to do something together," he said, adding they all seemed happy and were smiling a lot.

"I'm going to remember that conversation forever," he said.

Loved ones have set up a GoFundMe for the victims so they can be taken back to Michigan for a proper memorial. The fundraiser can be found here.

DPS says the force of the tractor-trailer colliding with the vehicle split it in half on Interstate 10 eastbound. 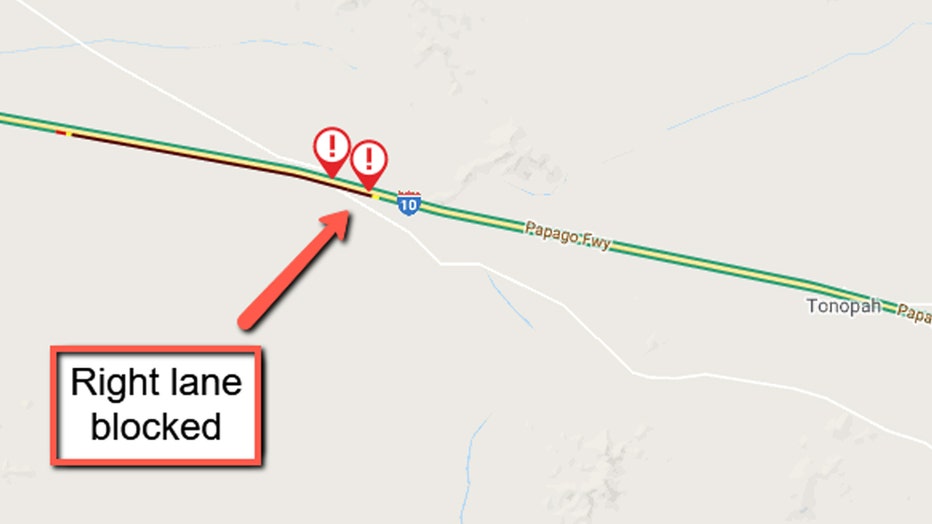