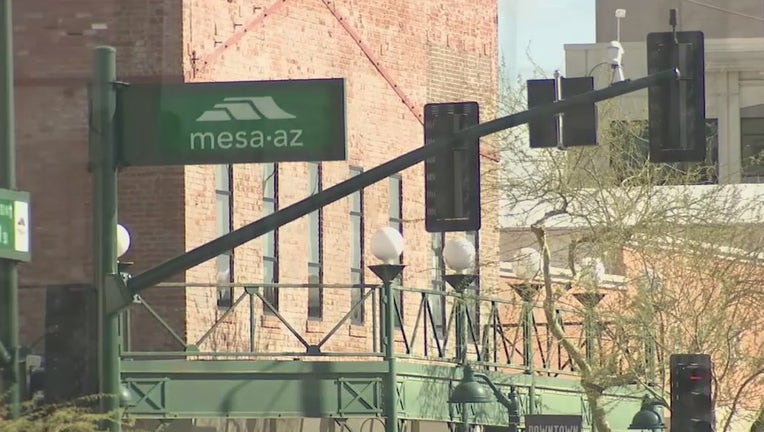 MESA, Ariz. - On May 7, a group calling itself "United for Mesa " announced that it will withdraw signatures that have been submitted in an effort to force a referendum on the nondiscrimination ordinance that Mesa's city council passed in March.

In a statement, officials with United for Mesa says legal technicalities, as well as what they claim is "deep pockets of the opposition lobby," contributed to the doomed effort.

"Unfortunately, this citizen effort is up against the deep pockets of a nationally-funded opposition and a series of legal challenges and technical issues that we believe will keep us off the ballot, despite our best efforts. We don’t have either the signature margin or the equivalent funding needed to come out on top," read the statement.

The statement released by United for Mesa includes the contact information for a person with The Resolute Group. The group's website claims they are committee to "free enterprise and conservative values."

According to a statement released on April 2, officials with United for Mesa say they filed over 11,000 signatures to refer the nondiscrimination ordinance to the ballot, claiming that "a large portion of Mesa residents feel like their voice has been disregarded."

In a separate statement released on May 7, officials with a group calling itself the "Mesa Loves Everyone committee" said they filed a complaint that claims the United for Mesa committee lacked the number of valid signatures needed to refer the ordinance to the ballot.

"As a Mesa native, I am so proud to see equality and the truth triumph over the fears and lies spread by those opposed to equal treatment," said Equality Arizona Executive Director and Mesa Loves Everyone committee member Michael Soto, in the statement. "This ordinance is a major victory for fairness, equality and opportunity for all, including LGBTQ people. Equal rights are universal values, central to the beliefs of Arizonans, faith communities, and good business practices."

The nondiscrimination ordinance, which is set to take effect on Jun. 29, 2021, includes protections that are specific to the LGBTQ+ community.

"The ordinance does not apply to religious corporations and organizations, public schools, religious schools and charter schools. It does not apply to single-sex designated areas of a place of public accommodation or single-sex sports and recreational leagues and programs. In addition, the ordinance does not displace or repeal any criminal laws," read a portion of a statement released by Mesa city officials in March.

Mesa is not the only city in the Valley to have passed a nondiscrimination ordinance with protections for the LGBTQ+ community in 2021. In April, Scottsdale's city council passed a similar measure.