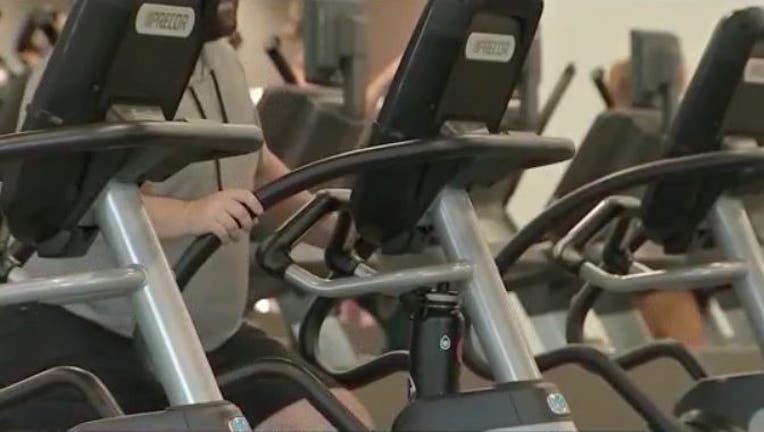 PHOENIX - A judge in Arizona has made in ruling in a lawsuit over the closure of gyms in Arizona amid the ongoing COVID-19 pandemic.

In June, Gov. Ducey ordered the closure of gyms and various other facilities for 30 days, as the state battled a surge in COVID-19 cases. The closure was extended in late July.

On August 4, a judge at the Maricopa County Superior Court ruled that Gov. Ducey has a week from August 4 to lay out a process for fitness centers in Arizona to apply for reopening, ruling that the executive orders, as implemented, violated procedural due process, but that the orders do not violate substantive due process.

According to the Merriam-Webster Dictionary, procedural due process is defined as "a course of formal proceedings (such as legal proceedings) carried out regularly and in accordance with established rules and principles," while substantive due process is defined as "a judicial requirement that enacted laws may not contain provisions that result in the unfair, arbitrary, or unreasonable treatment of an individual."

On August 7, a judge with the Maricopa County Superior Court rejected a motion by lawyers representing Gov. Ducey to stay the enforcement of the ruling made on August 4.

In the written ruling, the court stated that the court's ruling on August 4 upheld Gov. Ducey's executive orders.

"There is nothing preventing the Executive Branch from enforcing those orders and preventing the spread of the coronavirus. The only thing that this Court’s Order did was require a modicum of due process to aggrieved parties," read a portion of the ruling. "It is not the function of the judiciary to second-guess policy decisions on matters of public safety. It is, however, the duty of the judiciary to ensure that Constitutional safeguards are honored."

The ruling also states that complying with the court's order will not cause irreparable injury.

The rejection is the latest in rounds of lawsuits over the state's gym closure order.

"I miss the escapism," said Tom Okrie. "I miss getting to the gym and crushing out a workout. There’s nothing like crushing a workout and getting home with that post euphoric workout feel.”

While Okrie is working out at home currently, he hopes Mountainside Fitness can open soon

“it said the Procedural Due Process was not followed, and needed to be," said Hatten at the time. "The ability for all businesses to be closed for this amount of time is not something we’re prepared to do in this country.:

Maricopa County Superior Court: Fitness centers must be given opportunity to apply for reopening

A court in Arizona has ruled that Governor Doug Ducey has a week from August 4 to lay out a process for fitness centers in Arizona to apply for reopening.

Breaking down the numbers: Doctors say closure of gyms, nightclubs has led to fewer COVID-19 cases

Across the state, we've seen fewer coronavirus cases. FOX 10's Jennifer Martinez spoke to two doctors about what's been the biggest help in flattening the curve.