PHOENIX - Judges rejected challenges to two Arizona voter initiatives on Aug. 17, siding with proponents of a measure limiting so-called predatory debt collection and for one that would require people who fund political campaigns through nonprofit groups to be identified.

The judge weighing the first initiative ruled that opponents of the measure did not prove a summary provided to voters who signed qualifying petitions was misleading.

The ruling by Maricopa County Superior Court Judge Frank Moskowitz also turned away an argument by the attorney for a newly created group funded by Arizona debt collection agencies that alleged that paid petition circulators were improperly registered with the secretary of state’s office.

In the second ruling, Maricopa County Superior Court Judge Joseph Mikitish rejected similar challenges to petitions gathered to qualify the "Voters Right to Know" measure for the ballot. Mikitish said all four of the reasons opponents were using to try to disqualify petitions failed.

The rulings are not the last word, however. Attorney Kory Langhofer, who represents the business groups that brought the challenges, said he’s already filed appeals notices. The Arizona Supreme Court will expedite those cases, since the Aug. 25 ballot printing deadline for November’s election is fast approaching.

The secretary of state also still needs to certify that proponents turned in enough signatures, although the groups backing the measures all turned in far more than the 238,000 signatures required to qualify for the ballot.

A legal challenge against a third initiative, designed to block election law changes enacted by the Republican-controlled Legislature and expand access to voting, is still being weighed by Mikitish.

Wednesday’s rulings came amid a series of legal challenges that aim to keep the three voter initiatives whose backers submitted petitions last month from appearing on the November ballot. Such legal challenges have become increasingly common in recent years because the GOP-dominated Legislature generally objects to initiatives allowed under the state constitution and has made it easier to challenge them in court.

In the debt measure challenge, Langhofer argued that the part of the 100-word summary voters see when they agree to sign qualifying petitions was inaccurate or misleading and that the measure should be disqualified as a result. He pointed to the last sentence, which specifically says that the measure "does not change existing law regarding secured debt."

The initiative would raise the amount of a home’s value shielded from creditors under the "homestead exemption" from $150,000 to $400,000, and boosts the value of vehicles, cash and other possessions shielded from creditors. It also caps interest rates on medical debts and adds yearly inflation adjustments. Langhofer argued that changing those amounts would affect "involuntary" secured debt, such as those targeted by judgment liens obtained by a creditor.

Moskowitz rejected that arguments, saying "secured debt" is commonly understood to only include debt that is voluntarily secured and that the summary was not misleading.

Langhofer also argued that the secretary needed to require a separate affidavit from paid circulators swearing they met the requirements to gather signatures for each initiative they planned to circulate petitions for, while the secretary only required one. But Moskowitz said that was misreading the law.

"If the Legislature intended that all non-Arizona residents and all paid circulators must register more than one time and submit registration applications and affidavits each time, it could have said so expressly in the statute, but it did not do so," the judge wrote in his ruling.

"Because the Legislature could have provided a temporal requirement but failed to do so, the Court concludes that the Legislature intended not to require new circulator affidavits for each new petition," he wrote.

The judge also rejected challenges to paid circulators actual or temporary addresses as well as the addresses for the initiative committee itself. He said the law doesn’t cap initiative committee address at one, and even if it did, the locations were so close to each other and used for similar purposes that it counted as one.

The initiative committee’s addresses both belong to former Arizona Attorney General Terry Goddard, a Democrat who paired with former Phoenix Mayor Paul Johnson, an independent, to get the measure on the ballot. Goddard is making his fourth try to get an election spending transparency measure on the ballot. 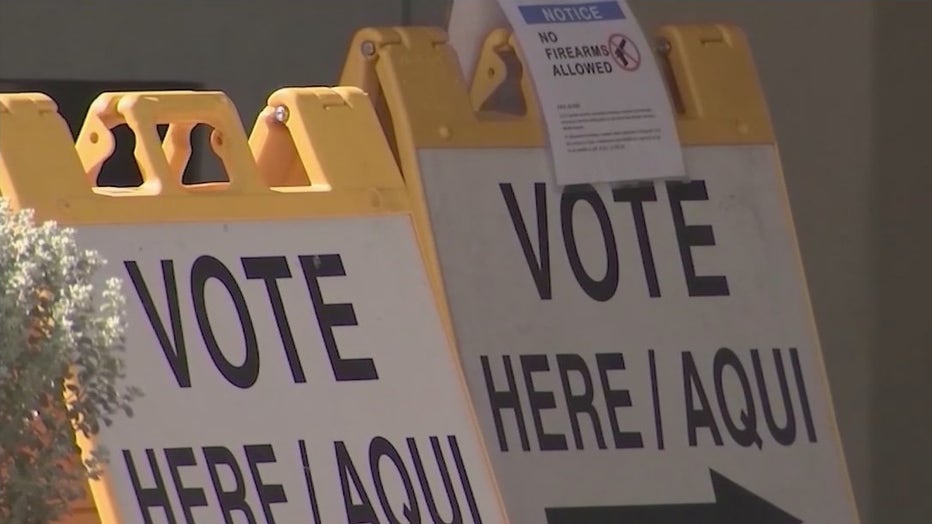