1 person dead, 4 injured after semi-truck plows through wall, into house in Mesa

MESA, Ariz. - One person is dead and four other people are injured after a semi-truck crashed through a sound barrier and into a Mesa home.

According to the Mesa Police Department, a semi-truck was traveling eastbound on the US 60 near Crismon Road at 7 p.m. on Dec. 31 when it exited the freeway at Crismon, failed to stop, and crashed into the house.

There were 10 people inside the home at the time of the crash and one of them, 50-year-old Todd Welliver, was pronounced dead at a hospital. None of the other residents are believed to have suffered life-threatening injuries.

The driver of the semi-truck suffered minor injuries.

The investigation is ongoing and impairment has not been ruled out, however, no charges have been filed against the semi-truck driver at this time. Investigators believe the driver may have suffered a medical emergency prior to the crash.

Mesa police said the crash caused a hazmat situation due to leaking fuel. The Crismon on-ramp on the US-60 eastbound was closed for some time after the crash.

FOX 10 has learned the truck involved in the crash is owned by a company out of California. FOX 10 has reached out to the company, On Land Transport, for comment, but company officials have yet to respond.

Meanwhile, police officials say no charges have been filed against the driver at this time.

The crash happened on New Year's Eve, and the truck crashed into a home that had 10 people inside at the time.

"We were just starting to plan our future together," said McDonald.

Welliver was in his garage with McDonald when the incident happened.

"Bang and things just started falling down on me," said McDonald.

McDonald, as well as Welliver's close friends, are in shock. They are remembering the man they shared so manyy memories with.

"He was my other half. I mean, we balanced each other out," said McDonald.

"He's just laid back, happy enjoying life, living it day by day, do anything and everything for anybody," said friend Charlotte Smith.

Now, McDonald is hoping for answers soon as to why this tragedy happened.

"I have to live now the rest of my life without Todd, and I don't understand why," McDonald said. 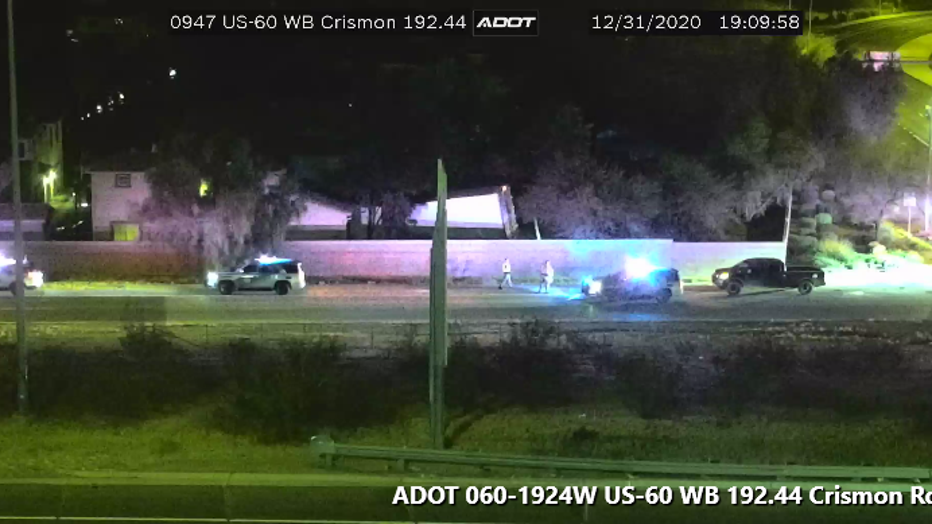